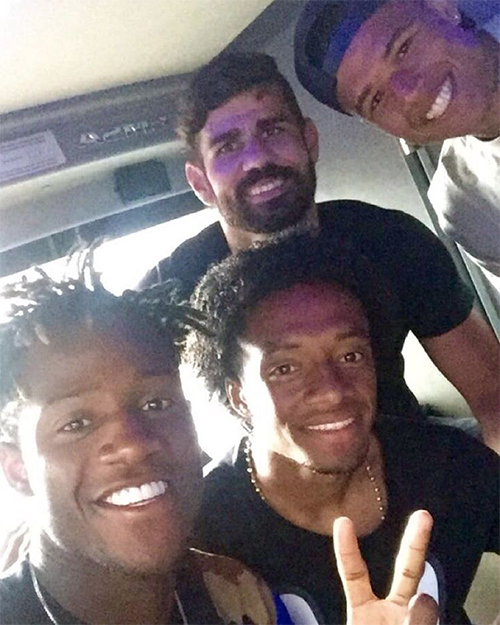 Michy Batshuayi was all smiles with Chelsea trio Diego Costa, Juan Cuadrado and Kenedy as the Blues squad relaxed during a rare day off in their pre-season campaign.

The Belgium international has racked up two appearances for the west London side during the Stateside tour so far after the striker moved to Chelsea from Marseille in a £34m deal earlier this month.

Batshuayi was unable to help Antonio Conte’s side secure a second win on American soil on Saturday after the Blues suffered a 3-2 defeat by Real Madrid in front of 105,826 fans in Michigan.

And Batshuayi posted the above photo on his Instagram page and wrote the following caption:

“Walking around with the guys”

Chelsea will start their Premier League campaign with a clash against West Ham United on 15 August.