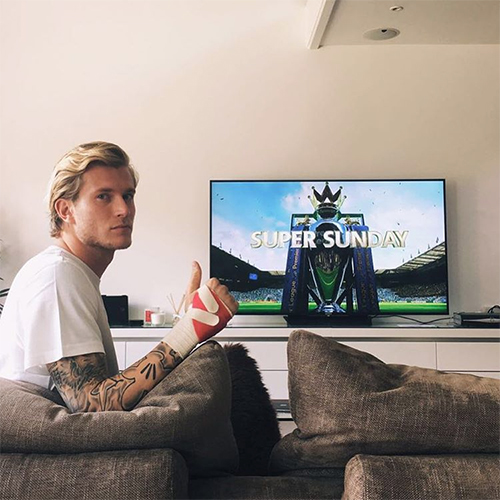 Loris Karius was preparing to watch his first game as a Liverpool player on Sunday as the injured goalkeeper settled on his couch for the Red’s clash against Arsenal at the Emirates Stadium.

The Germany Under-21 international is currently sidelined with a broken hand after the 23-year-old suffered the injury following a clash with Dejan Lovren during Liverpool’s 1-0 defeat by Chelsea in United States last month.

Karius was the first of Jurgen Klopp’s seven summer signings after the shot stopper completed a £4.7m switch to the 18-time English champions from Bundesliga outfit Augsburg at the start of the summer.

Liverpool’s first-choice goalkeeper Simon Mignolet started in goal for Klopp’s side against the Gunners and Karius could only watch on from the comfort of his home on Sunday afternoon.

“Finally @premierleague starts for us! I’ll support the lads in front of the TV today… Can’t wait for the kick-off! 💪🏼🔴 #YNWA #AFCvLFC @liverpoolfc”

Liverpool are bidding to improve on their eighth-place finish under Klopp last season after the German coach replaced Brendan Rodgers in October.

The Reds haven’t won the English top-flight crown since 1990.