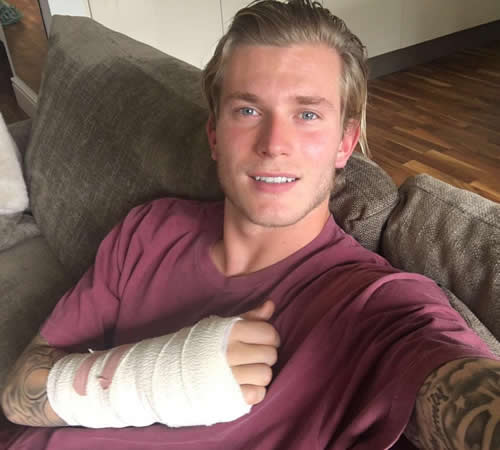 Loris Karius has taken to social media to reveal that he has undergone successful surgery on his broken hand and will now turn his attentions to getting back fit for Liverpool as soon as possible.

The new Liverpool signing suffered the injury during the Merseyside outfit’s tour of America but will now be focused on making sure he can make his first competitive appearance for the club as soon as possible.

Karius posted the picture above on his personal Instagram account and wrote: “I’m back at home after a successful surgery! Thank you guys for all your get-well wishes! #LK1 @liverpoolfc”

The injury marks a frustrating start to life at Liverpool for Karius, who would have been hoping to challenge Simon Mignolet for a place in the Reds’ starting line-up in the early stages of the season.

However, it appears that the Liverpool new-boy is staying as positive as possible as he looks to regain his fitness as soon as possible.

Liverpool kick off their 2016-17 Premier League campaign – which will be Jurgen Klopp’s first full season in charge – with a tricky trip to Arsenal on 14 August.

Insider reveals latest on Arsenal search for a new defender