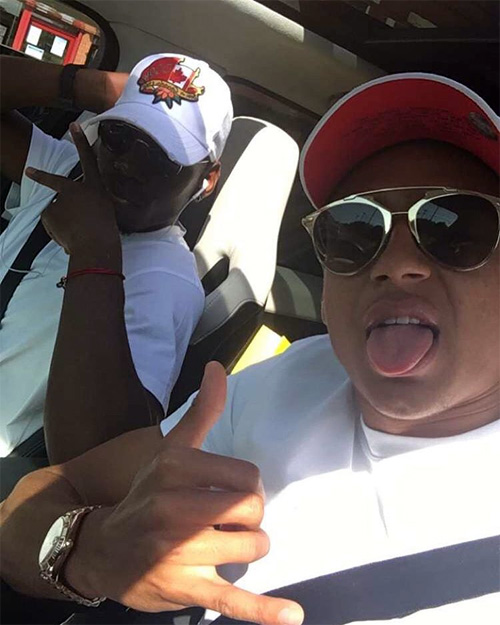 Jesse Lingard and Paul Pogba made the most of the summer weather in Manchester on Tuesday as the pair soaked up the rays ahead of Friday night’s visit of Southampton.

The Red Devils made a winning start to their Premier League campaign at the weekend after Sunday’s 3-1 victory over Bournemouth at Vitality Stadium.

Juan Mata, Wayne Rooney and Zlatan Ibrahimovic all scored against the Cherries as Jose Mourinho’s side moved to the top of the Premier League table.

Pogba was suspended for United’s season opener after the France international completed a £92m move to Old Trafford from Serie A side Juventus last week.

However, the new signing looks excited about the prospect of lining up for United as the midfielder posed for a selfie with Lingard on Tuesday afternoon.

Lingard posted the above photo on his Instagram page and wrote the following caption:

United haven’t won the Premier League title since 2013 when Sir Alex Ferguson stood down as their manager.

Pogba won four successive Serie A top-flight crowns after he was sold to Juventus in an £800,000 deal by United in 2012.