Photo: Willian poses with stunning wife in front of London landmark ahead of Watford v Chelsea 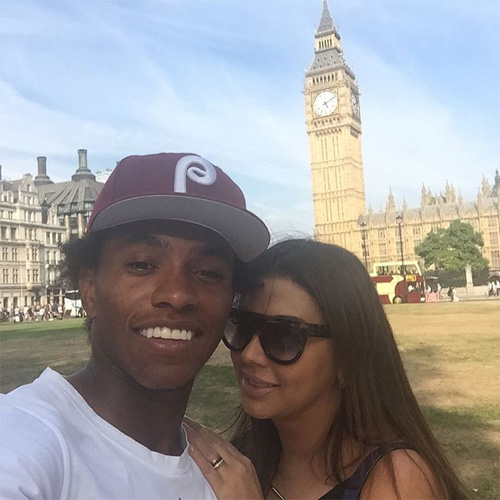 Willian was all smiles with his wife as the Chelsea midfielder snapped a selfie in front of Big Ben after Monday night’s winning start to the Premier League.

Antonio Conte recorded his first victory as Blues manager after a 2-1 win against their London rivals West Ham United at Stamford Bridge.

Willian started Conte’s first game in charge as the Brazilian midfielder looks to build on an impressive 2015/16 Premier League campaign.

And the former Shakhtar Donetsk forward posed for a selfie with his beautiful wife Vanessa Martins in the English capital on Tuesday afternoon.

Willian posted the above photo on his Instagram page and wrote the following caption:

Chelsea are in third place behind leaders Manchester United and Liverpool after the Premier League’s opening weekend.

The Blues will travel to their London rivals Watford in their next top-flight game on Saturday as Conte goes head-to-head with rival Italian manager Walter Mazzarri.

Paul Parker: How Sir Alex Ferguson would have treated this Man United star