What do Eden Hazard, Thibaut Courtois, Willian, Philippe Coutinho and Diego Costa all have in common? Apart from being a practically unbeatable five-a-side team, all five players are in the top 20 rated Premier League players in the latest edition of FIFA, with the demo of this year’s game made available for download this week.

All five will also be taking to the pitch at Stamford Bridge this Friday for their Premier League showdown, with both sides very much in the hunt for the title this season. The Blues will be without talismanic captain John Terry after the 35-year-old strained ligaments in his foot in the dying stages of Chelsea’s 2-2 draw with Swansea on Sunday.

Liverpool will be flying after smashing Stoke 4-0 on Saturday but will arrive in West London without midfielder Emre Can.

Plenty of fans will be playing the match out ahead of the clash on FIFA 16, with ’17 to hit stores across the UK on September 27th. 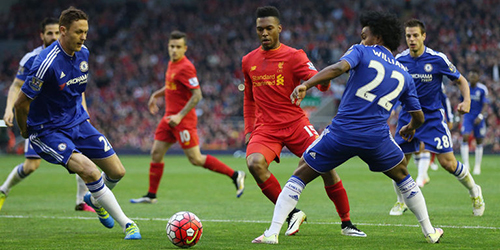 Copies are sure to sell faster than hot cakes, with every football fan needing FIFA 17 as much as Petr Cech needs his scrum cap. Anticipating this, Goals, the world’s leading five and seven-a-side operators, are giving away four Xbox One S’s and four copies of FIFA 17 this September, with teams signing up next month automatically in with a chance of winning.

Boasting state-of-the-art five and seven-a-side arenas with the latest ProTurf playing surfaces across over 500 enclosed, floodlit pitches, Goals is the ultimate destination for every football fan from the skillful to the hard as nails. Goals have over 130k players every week, with every one of their pitches FA accredited. Every centre also has its own fully licensed sports bar with BT Sports, free wifi and function rooms.

Skill games are a big part of the new FIFA makeup, with Goals also getting in the spirit with their own Goals Skill Circuit. Their aim is to find the UK’s fastest footballing circuit man, and as such, have constructed a gauntlet run that only the best will master – with an Xbox One S and FIFA 17 the prize to the fastest. 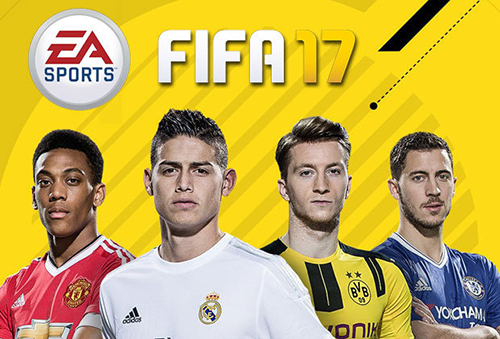 Free to enter at your local Goals centre, with as many attempts as you like, the player must first dribble round a set of cones, hit a target, hit the crossbar, do five keepy-ups in a tight space, and finally sprint to the finishing cone and pop it on their head.

And the best part about it? You won’t be racing a floating cut-out dummy like in FIFA, with red numbers flying this way and that as you try to keep up!

Finally, if for some reason you’re not a FIFA man (they do exist), then Goals also have you covered, with their third and final incentive arguably the best of the bunch.

Six tickets, with travel and accommodation, to England’s World Cup qualifier against Scotland at Wembley on Friday 11th September is up for grabs, with the winners of the “Carlsberg 5” tournament earning themselves a dream day out.

The Carlsberg 5 tournaments will be held across 46 Goals Centres across the UK starting mid-September, with the winner of each individual tournament to be placed into a draw, with the overall winner receiving all six tickets and all the trimmings.

So, with three great chances at scoring prizes and all for playing the game that we all love, there’s no better time to revisit or even discover Goals. Just make sure you don’t let FIFA 17 take away you and your mates’ chances of keeping fit throughout the season!