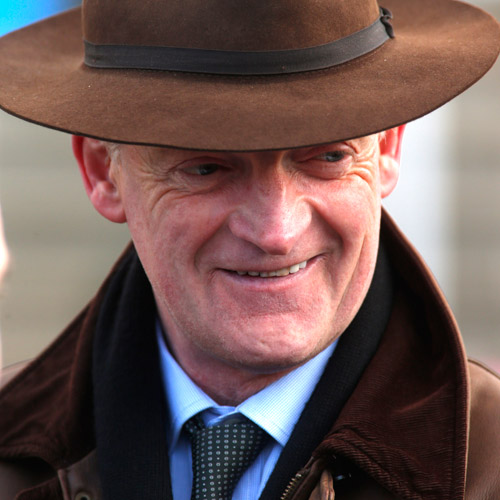 Antepost favourite Order Of St George remains one of 124 entries (including 30 from outside of Australia) to stand their place ahead of November’s Melbourne Cup at Flemington racecourse.

The Aidan O’Brien-trained four-year-old leads the market at around the 10/1 mark and may make the trip to Melbourne should the Australian handicapper be lenient with his assessment.

Trainer Willie Mullins has put forward Clondaw Warrior and Wicklow Brave as his two early entries in the race, leaving out last year’s tremendous second Max Dynamite. The famous Irish jumps handler was unfortunate not to bring back the Melbourne Cup trophy to Ireland on that occasion after his horse and jockey Frankie Dettori finished a fast-finishing second to winner Prince Of Penzance.

Godolphin are once again represented strongly in this year’s Melbourne Cup with a total of 16 entries across a wide range of trainers. The Australian ‘home’ team is headed by last year’s three-year-old champions including Tarzino, Tavago, Howard Be Thy Name, Jameka, Provocative and Fanatic.

The respective 2015 and 2014 Cup winners Prince Of Penzance and Protectionist also feature amongst the hot list of Melbourne Cup racing tips as the two seek further Melbourne Cup glory in a bid to cement their name into the Australian racing history books. The local Melbourne contingent includes a total of 12 horses including Our Ivanhowe and Cool Chap for Lee and Anthony Freedman.

There is a first entry from Czech Republic with Trip To Rhodos, a seven-year-old gelding who finished third in a Group Two in France on his most recent start in August.

Outside of Australia and Europe, race planners will be hoping that the Melbourne Cup line-up will see its first runner from America as Da Big Hoss has been entered by his enthusiastic connections. The horse was last seen beating fancied Irish invader Clondaw Warrior in the American St Leger Stakes at Arlington, and the early indication is that his owners are keen for a trip Down Under.

Speaking to the media, Racing Victoria Chief Handicapper Greg Carpenter said: “The Emirates Melbourne Cup is the world’s premier staying race and the quality of the local and international entries for this year’s race is outstanding.

US Open 2016: Johanna Konta back into Round 4 with near-flawless Bencic win