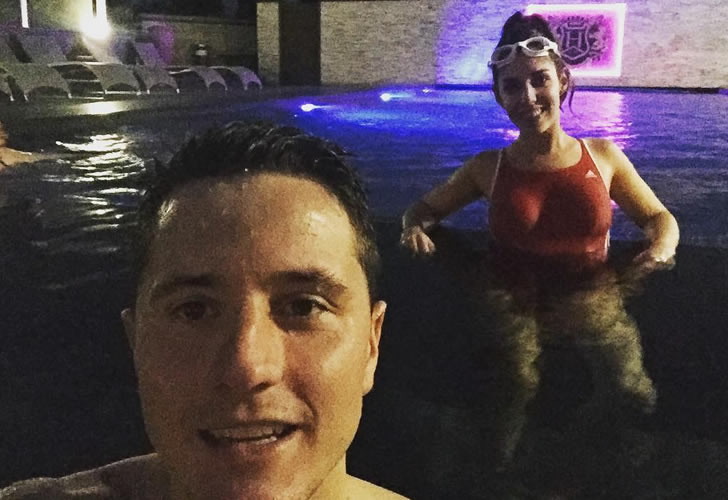 Ander Herrera was all smiles with his girlfriend Isabel Collado as he enjoyed a swim ahead of Manchester United’s clash with Burnley on Saturday.

The Red Devils are preparing to host the visitors at Old Trafford as they look to get back to winning ways in the Premier League following their 4-0 thrashing at the hands of Chelsea last weekend.

Herrera was one of United’s top performers as the Red Devils edged to a 1-0 victory over Manchester City in the fourth round of the EFL Cup on Wednesday night at Old Trafford.

Jose Mourinho’s players were given the day off to recover on Thursday, and Herrera looked to be in good spirits as he enjoyed a swim with his partner.

Herrera posted the picture above of himself in the pool with his girlfriend on Instagram and wrote: “Calm time 👌 #sinterne”

Manchester United are currently in seventh place in the Premier League table and six points behind leaders Manchester City after nine games of the season.