Photo: Anthony Martial hangs out with Arsenal legend ahead of Liverpool showdown

Has Anthony Martial been taking advice from Thierry Henry ahead of Manchester United's trip to Liverpool? 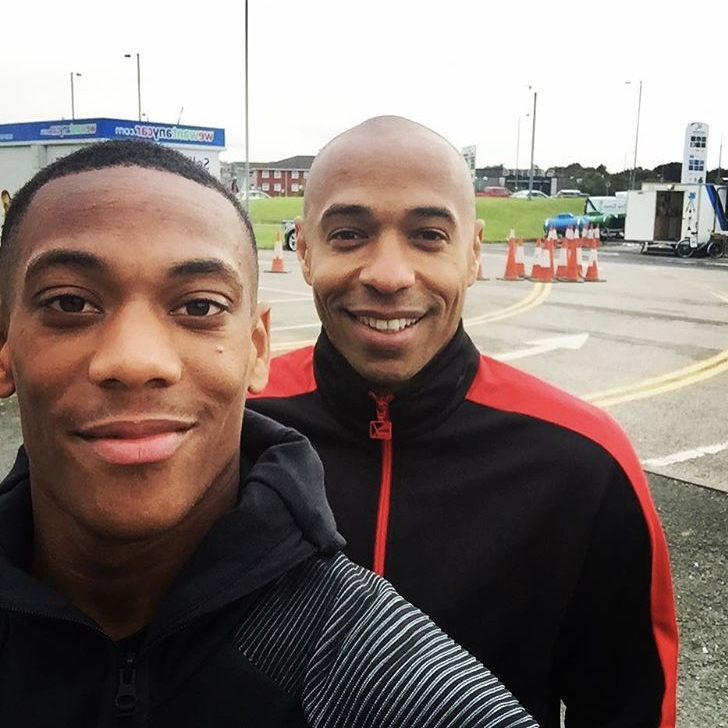 Anthony Martial snapped a selfie with Thierry Henry ahead of Manchester United’s crunch showdown with Liverpool at Anfield on Monday night.

The Manchester United striker will be hoping to feature for the Red Devils when Jose Mourinho’s men take on the Reds on Merseyside looking to return to winning ways in the Premier League.

Martial scored United’s goal in their 1-1 draw with Stoke City before the international break before the Red Devils were pegged back by Joe Allen’s late equaliser.

The France striker has earned plenty of new admirers for his style of play since arriving in the Premier League from AS Monaco last summer.

And it seems the the forward was taking some advice from a Premier League legend ahead of Monday’s showdown at Anfield.

Paul Merson: This player could score the winner for Liverpool v Man United