Could John Terry be preparing himself to take over at Chelsea in the years to come? 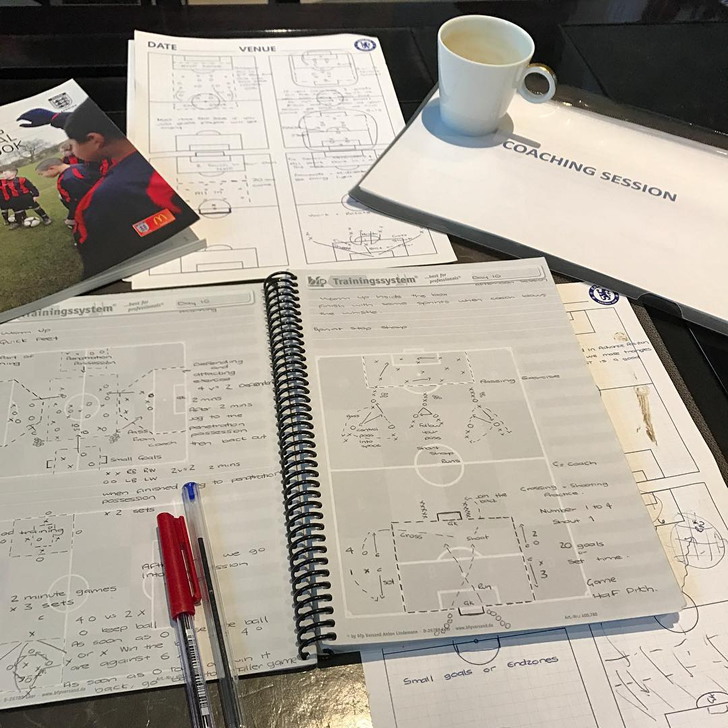 John Terry was working hard on his homework ahead of Chelsea’s clash with Leicester City on Saturday.

The Chelsea captain clearly harbours ambitions of stepping into football management once he hangs up his playing boots for good.

The veteran defender looked set to leave Chelsea at the end of last season before the west London club performed a U-turn and offered him a fresh one-year contract extension.

It remains to be seen whether Terry will continue to play for Chelsea beyond the end of this season.

But it is clear to see that the centre-half is determined to pave the way for a future career in management once his playing days are over.

Terry shared the picture above on his personal Instagram account before Saturday’s game and wrote: “Doing some homework for my coaching badges,and running through all the sessions I have written down over the years. 📚⚽️”

Terry will be hoping to feature for Chelsea when the Blues return to action with a crunch clash against Manchester United at Stamford Bridge on 23 October.

Photo: Paul Pogba shows Man United fans what he does on his day off ahead of Liverpool trip