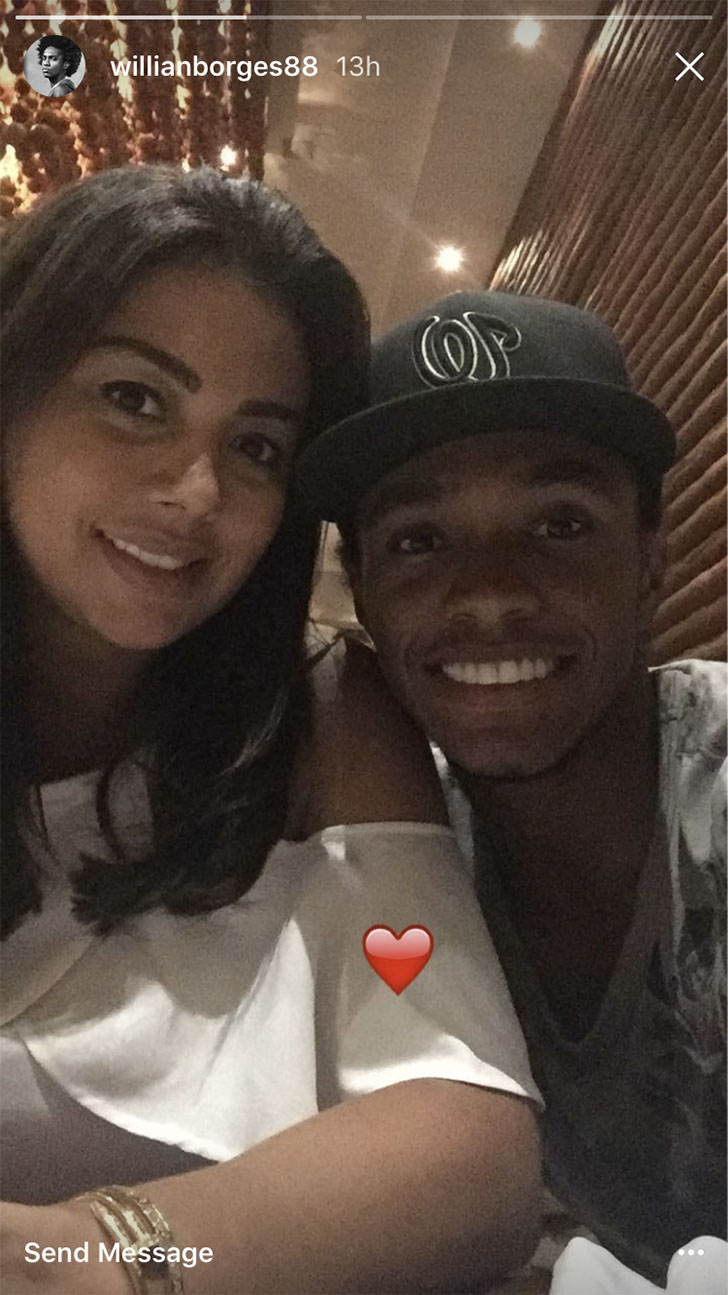 Willian relaxed with his wife Vanessa on Friday night during some rare downtime for the beautiful couple.

The Chelsea midfielder was part of Tite’s Brazil squad as Liverpool duo Philippe Coutinho and Roberto Firmino got on the score sheet in a 5-0 win against Bolivia in their 2018 World Cup qualifying campaign.

Willian has endured a mixed start to the current Premier League campaign under new manager Antonio Conte after the Brazilian was named the Chelsea’s player of the season last term in a difficult 12 months for the west Londoners.

The Chelsea star appeared in good form as he posted the above photo with his wife Vanessa on his Instagram story on Friday night.

The Blues are currently in seventh place in the Premier League table following Conte’s appointment.

Willian scored his second Premier League goal of the season in Chelsea’s 2-0 win against Hull City at the KCOM Stadium in their last top-flight fixture before the international break.