Photo: Liverpool’s Emre Can heads to Costa ahead of Man United clash 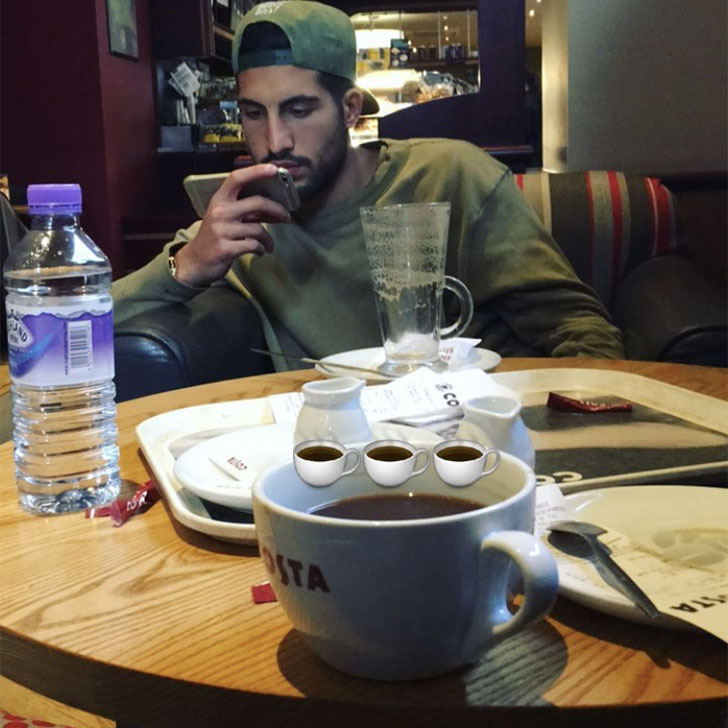 Emre Can had an air of sophistication as the Liverpool midfielder savoured his afternoon coffee on Merseyside ahead of the visit of Manchester United.

The Germany international could be set for a rare Premier League start in the 2016-17 season so far after Liverpool summer signing Georginio Wijnaldum picked up a suspected hamstring injury during the international break.

The former Newcastle United midfielder was forced off during the Netherlands’ 1-0 loss to Euro 2016 finalists France on Sunday night to leave Liverpool facing the prospect of losing the playmaker for their clash against United.

However, Wijnaldum’s setback provides Can with a chance to win over Liverpool manager Jurgen Klopp after an injury-hit start to the campaign resulted in the 23-year-old being left on the substitutes’ bench for much of the season.

But Can was taking a break from all things football on Tuesday afternoon as he joined a pal at coffee-house chain Costa.

The Liverpool midfielder’s buddy (@cynt12) posted the above photo on his Instagram story.

The Reds are in fourth place in the Premier League table.