Who in their right mind would support England through thick and thin in the modern era? 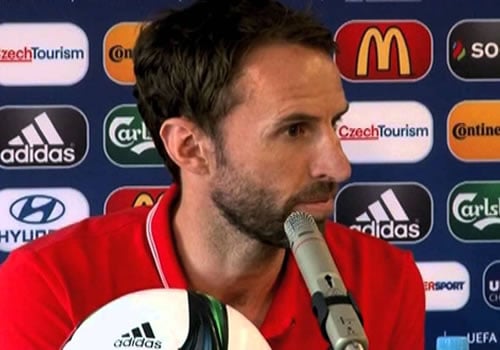 Thomas Rooney from Footballtips.com takes a look at the current England manager situation and is brutally honest with his perspective on the direction things seem to be heading.

Who in their right mind would support England through thick and thin in the modern era? Let’s be honest, it’s been a complete let down for over a decade now.

After a third successive tournament where next to nothing was achieved, Roy Hodgson – who should have left two years prior – was replaced by Sam Allardyce.

Well, we don’t have to tell you how that one ended. One game, one goal, one win and one off the pitch related sacking.

In the unlikely event they had stopped since THAT Iceland game, the world of football was laughing at England with next to no sympathy.

The result is that Gareth Southgate, despite not feeling ready for the job three months ago, is in charge for the next four matches and let’s be honest, will probably get the job.

With Malta, Slovenia and Scotland the competitive fixtures Southgate will be in charge of, followed by a friendly against Spain – he’ll likely get three wins and then the chance at the job long-term.

Initially, this worried me but I’ve thought about it and reflected on the first squad he choose and it now REALLY worries me.

Will England qualify for the 2018 World Cup under Southgate? For sure. Will he get the best out of a couple of younger players in the next few months? Possibly.

When it comes to the big decisions, will he pick the same players that have failed before? Definitely. Will he lead a squad that underachieves in Russia 2018? It’s inevitable.

Southgate had a chance with his first squad to show he isn’t afraid to make big calls and drop ‘big name players’ who aren’t shining for their club right now.

Let’s be honest – what has Daniel Sturridge done to get the nod this season? Where exactly has Jesse Lingard looked like a better option than Nathan Redmond or Ross Barkley?

Troy Deeney was unlucky too. He’s been excellent for Watford over the past two seasons in the Premier League. He scores goals, works hard and is a leader of men. It should have been rewarded.

At least by calling up someone from a less fashionable club, Southgate would have shown this could actually be a different era for England. One where hard-work, passionate and in-form players get the nod.

Far too often, the National team is picked on reputation alone and the interim England boss has fallen into the same trap.

Don’t get me wrong, Southgate is a safe pair of hands, but is he really going to produce a starting XI that the county can get excited about?

It seems extremely unlikely and it’s not a positive sign that his first press conference sent me to sleep. A home clash against Malta with Glenn Johnson involved might not wake me up either.

Perhaps the FA have got a real issue now with who their manager is. After the Allardyce shambles, the England boss cannot have any baggage or willingness to be controversial.

With Southgate, the couldn’t have created a more well-spoken, neutral and decent man to represent them. This could have come at the detriment to results and performance though.

Maybe a 9-0 win over Malta will change everthing and I’ll re-mortgage the house to back Southgate’s England for the 2018 World Cup.

Title contenders and relegation candidates for this Premier League season