Photos: Granit Xhaka enjoys London with his girlfriend ahead of Sunderland v Arsenal 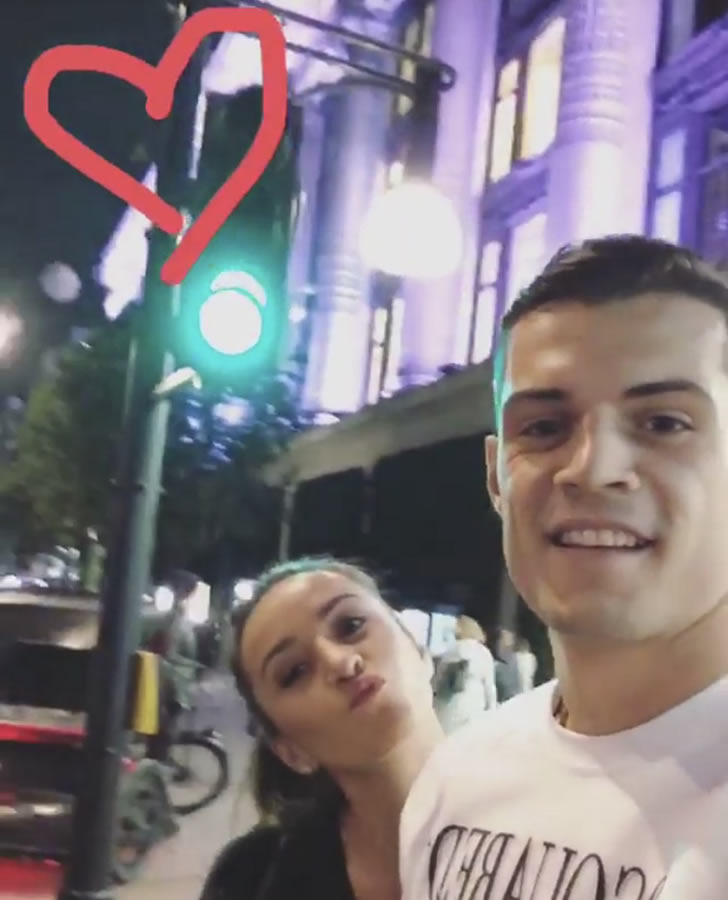 Granit Xhaka and his girlfriend Leonita Lekaj looked to be in good spirits as they posed for pictures in central London on Monday night.

The couple are currently settling into life in the English capital following Xhaka’s transfer to Arsenal in the summer window.

Xhaka is currently serving a three-game suspension for his red card against Swansea City and will not be involved when his team-mates travel to Sunderland in the Premier League this weekend.

However, the 23-year-old looked to be keeping himself in high spirits with his girlfriend as the couple enjoyed a stroll down Oxford Street in central London.

Leonita Lekaj shared the photo above on her personal Instagram account’s story without a caption.

Xhaka has been in good form for Arsenal since his move and has scored two goals for the north London side. 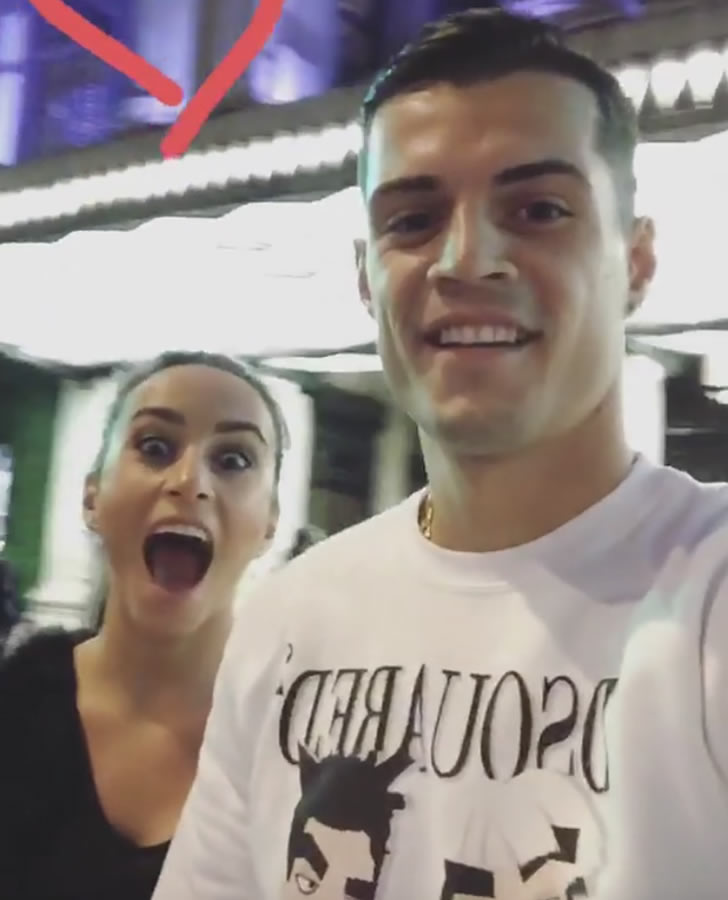 However, he was sent off in the 3-2 victory over Swansea City for a trip on one of his opponents.

Arsenal are currently second in the table and level on points with leaders Manchester City.