Photo: Liverpool star Philippe Coutinho all smiles with his wife on the beach 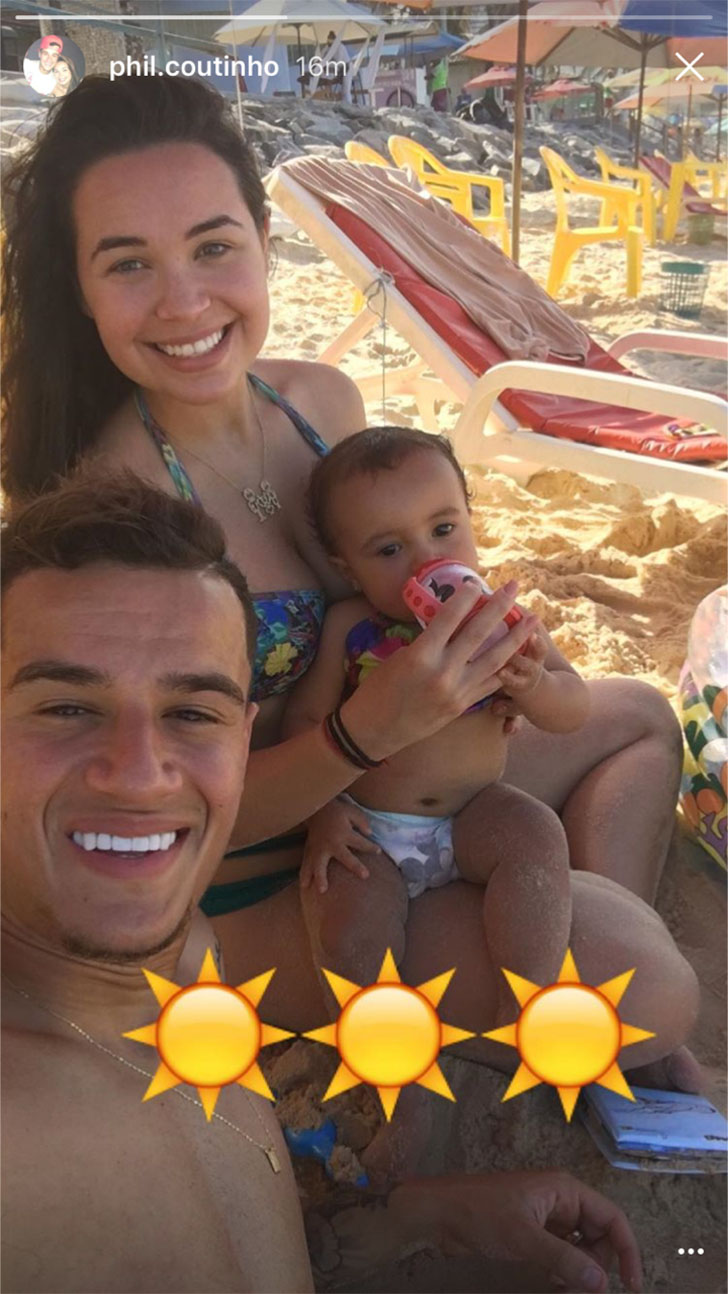 Philippe Coutinho was soaking up some much-needed sunshine on Friday with his wife and his son at the beach.

The Liverpool midfielder has made an exhausting start to the 2016-17 season for club and country as Coutinho continues to underline his growing status as one of Europe’s best footballers.

The former Inter Milan midfielder has scored three goals and has made two assists in seven Premier League games so far this term.

Coutinho transferred his electric form to the international stage on Thursday night as the South American playmaker got on the score sheet in Brazil’s 5-0 win against Bolivia in their 2018 World Cup qualifying campaign.

However, the Liverpool star was making the most of a rare day off on Friday as he joined his wife Aine and his son Philippe Junior at the beach in Brazil.

Coutinho posted the above photo on his Instagram story as he gave Liverpool supporters a glimpse into his family life.

The Reds star moved to Anfield from Serie A giants Inter Milan in 2013.