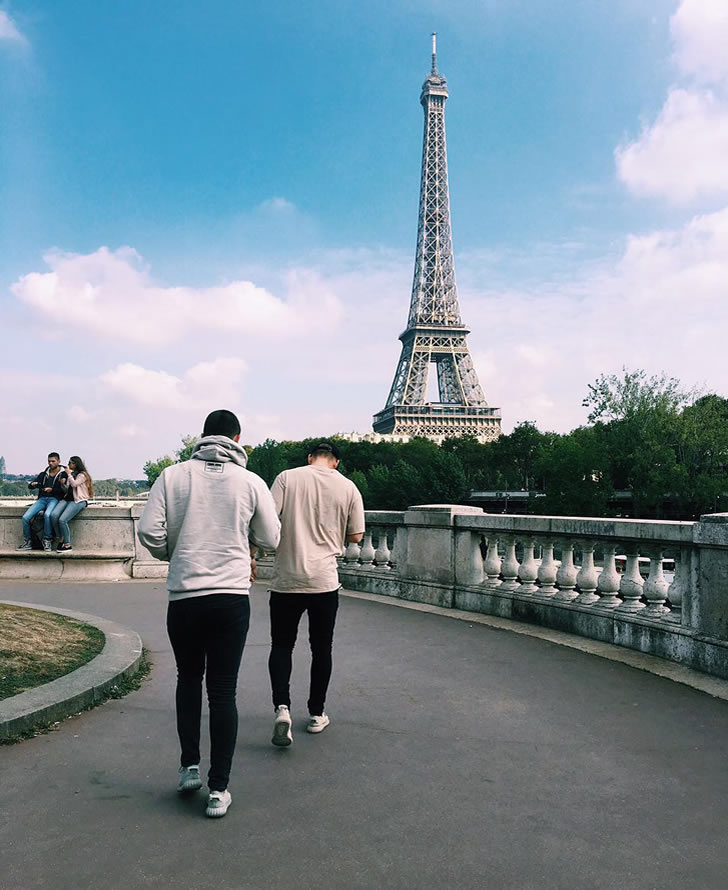 Luke Shaw looked to be making the most of some well-earned downtime over the weekend as he enjoyed a trip to Paris with some friends.

The left-back was not called up to the England squad for their World Cup qualifiers after being given a rest by interim manager Gareth Southgate.

Shaw has rightly been given some time to recover after a gruelling start to the season under new manager Jose Mourinho at Manchester United.

The defender missed most of last season due to a broken leg and has gradually been working his way back to full fitness at Old Trafford.

And Shaw made the most of some downtime over the weekend as he jetted off to the French capital to soak up some views in Paris.

The defender will be hoping to be involved when Manchester United return to Premier League action after the international break with a trip to Liverpool on Monday night.