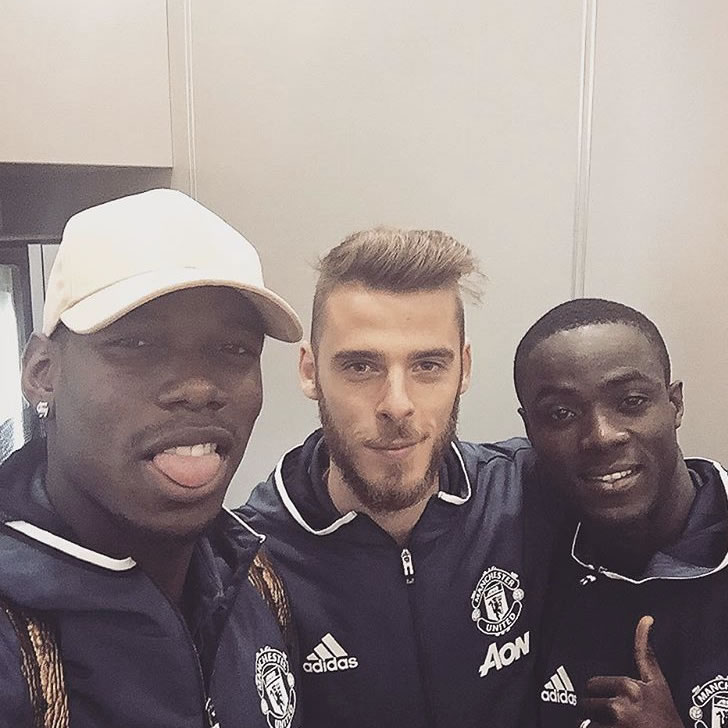 Paul Pogba looked to be in good spirits as he posed for a picture with David De Gea and Eric Bailly before the Manchester United squad travelled down to London ahead of their showdown with Chelsea at Stamford Bridge on Sunday.

The Red Devils are currently preparing to return to Premier League action after their disappointing goalless draw in their most recent game against Liverpool last Monday night.

United did return to winning ways on Thursday night with a thumping 4-1 win over Fenerbahce in the Europa League, with Pogba scoring twice in a man of the match display.

Chelsea, meanwhile, are looking to continue their recent good form after their victories over Hull City and Leicester City in the Premier League.

Pogba looked to be in good spirits as he posed for a picture with his two new team-mates.

De Gea posted the picture above on his personal Instagram account and wrote: “In our way to London! 💪🏻🚊🔴 #MUFC”

Sunday marks the first time that Jose Mourinho will return to Stamford Bridge since his sacking by the west London club back in December.

The Blues ended up 10th in the Premier League table last season.