Photo: Paul Pogba shows Man United fans what he does on his day off ahead of Liverpool trip 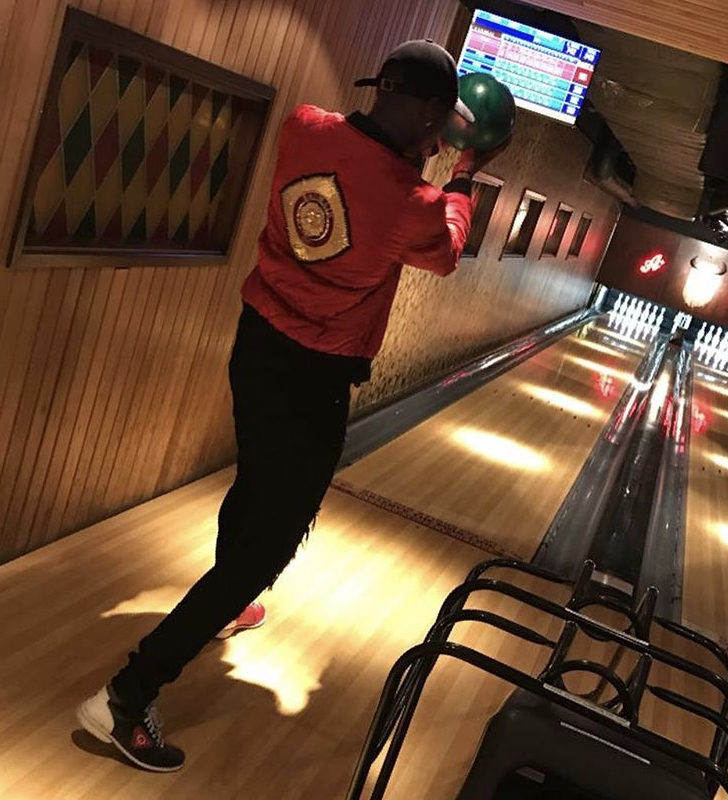 Paul Pogba seemed to be in good spirits as he enjoyed some bowling with friends on his day off ahead of Manchester United’s trip to Liverpool on Monday night.

The midfielder was given some downtime by manager Jose Mourinho last week after arriving back at Carrington following his involvement in France’s most recent World Cup qualifiers.

And Pogba was quick to make the most of some time off by heading to one of Manchester’s bowling alleys to enjoy his downtime with friends.

However, it appears that the 23-year-old’s bowling skills left a lot to be desired, as he conceded defeat with a post on his Instagram page.

Pogba posted the photo above on the app and wrote: “Guess what I’ve just lost 😂 #pogbowling #perdi #dayoff #bowling.”

Manchester United head into Monday night’s trip to Liverpool looking to bounce back to winning ways in the Premier League after their 1-1 draw with Stoke City before the international break.

The Red Devils are currently in sixth place in the Premier League table and five points off top spot after seven games of the new season.