Photo: Alexis Sanchez relaxes with his best friend ahead of Sunderland v Arsenal 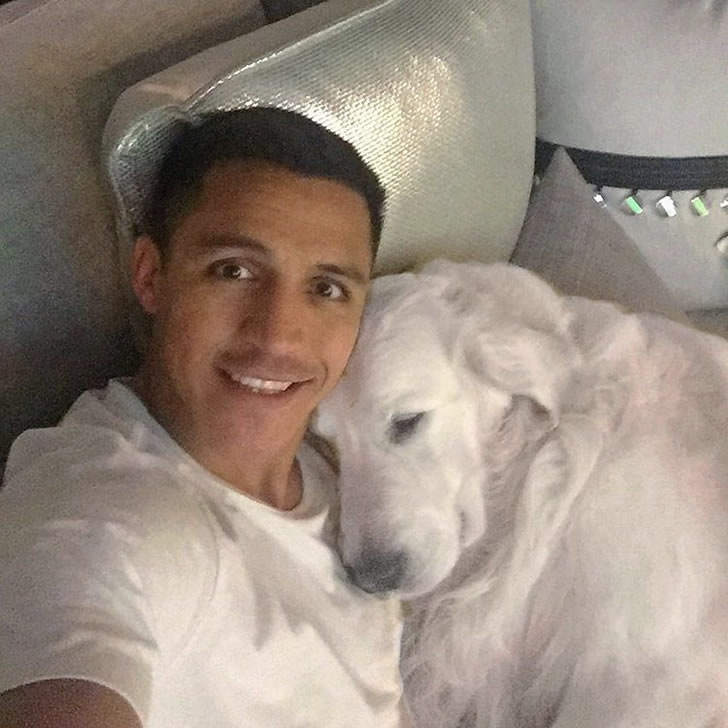 Alexis Sanchez has taken to social media to give his fans a glimpse into his relaxing downtime away from football.

The Chile international has been in good form for Arsenal this season and has been a regular fixture in Arsene Wenger’s first team, mainly deployed in a central attacking role for the Gunners.

However, Sanchez was unable to help Arsenal find the breakthrough in the Premier League clash against Middlesbrough at The Emirates on Saturday as Arsene Wenger’s men were forced to settle for a point in north London.

Arsenal are still in the hunt for the Premier League title, with the Gunners currently second and level on points with leaders Manchester City after nine games of the new campaign.

And Sanchez enjoyed some downtime with one of his pet dogs on Monday night as he took his mind off football for a few hours.

Sanchez will be hoping to feature when Arsenal return to Premier League action with a trip to Sunderland on Saturday lunchtime.