Photo: Alexis Sanchez relaxes with his dogs ahead of Arsenal v Ludogorets 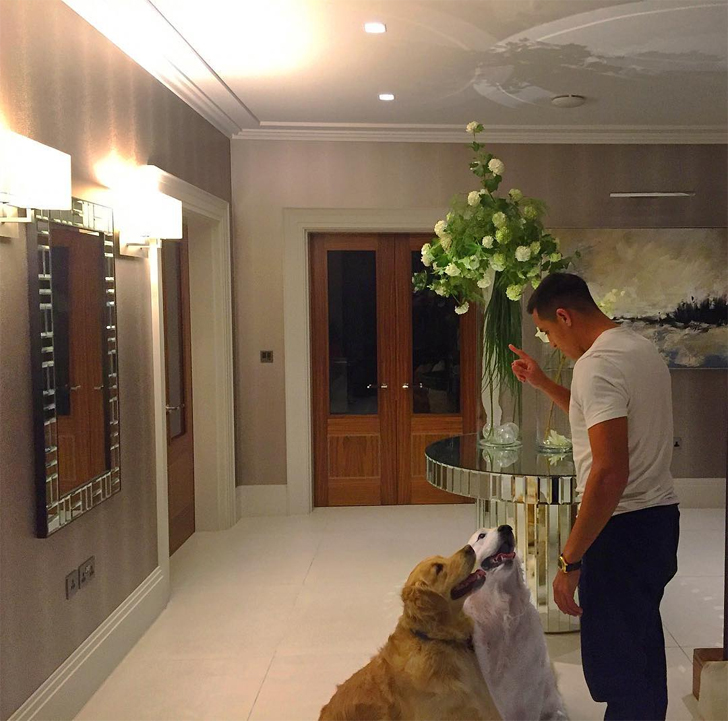 Alexis Sanchez spent some quality time with his golden retrievers on Saturday night after Arsenal’s 3-2 victory over Swansea City.

The Gunners extended their winning run to six Premier League games in dramatic circumstances after Arsene Wenger’s side edged past the Swans.

Theo Walcott scored twice in the opening 33 minutes before Gylfi Sigurdsson halved the deficit in the 38th minute at the Emirates Stadium.

Sanchez teed up Mesut Ozil for the home side’s third goal but Borja Baston reduced the deficit to one goal with 24 minutes remaining.

Substitute Granit Xhaka was sent off in the second half to ensure the north Londoners had a nervy finish to the Premier League clash, but they managed to hold on.

Arsenal forward Sanchez posted the above photo with his golden retrievers on his Instagram page and wrote the following caption:

Arsenal are level on points with Premier League leaders Manchester City at the top of the table.

The Gunners will host Middlesbrough at The Emirates in their next top-flight game on Saturday afternoon.