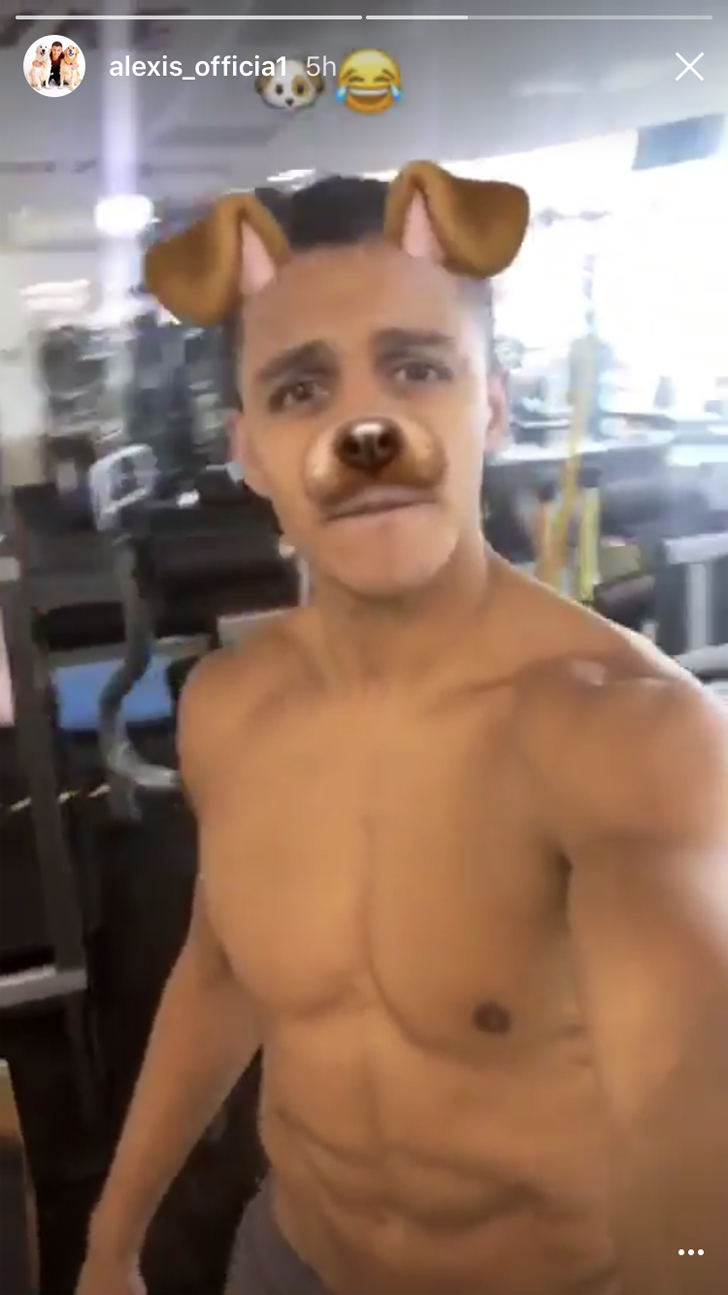 Alexis Sanchez was feeling goofy on Tuesday afternoon as the Arsenal striker played around with some Instagram filters during a gym workout.

The Chile international was given the night off from competitive action as the Gunners eased to a 2-0 victory over Reading courtesy of Alex Oxlade-Chamberlain’s goals either side of half-time.

Sanchez, however, was looking in great shape as he showed off his washboard abs during a series of Instagram videos which the forward posted on his story for the benefit of the Arsenal supporters. 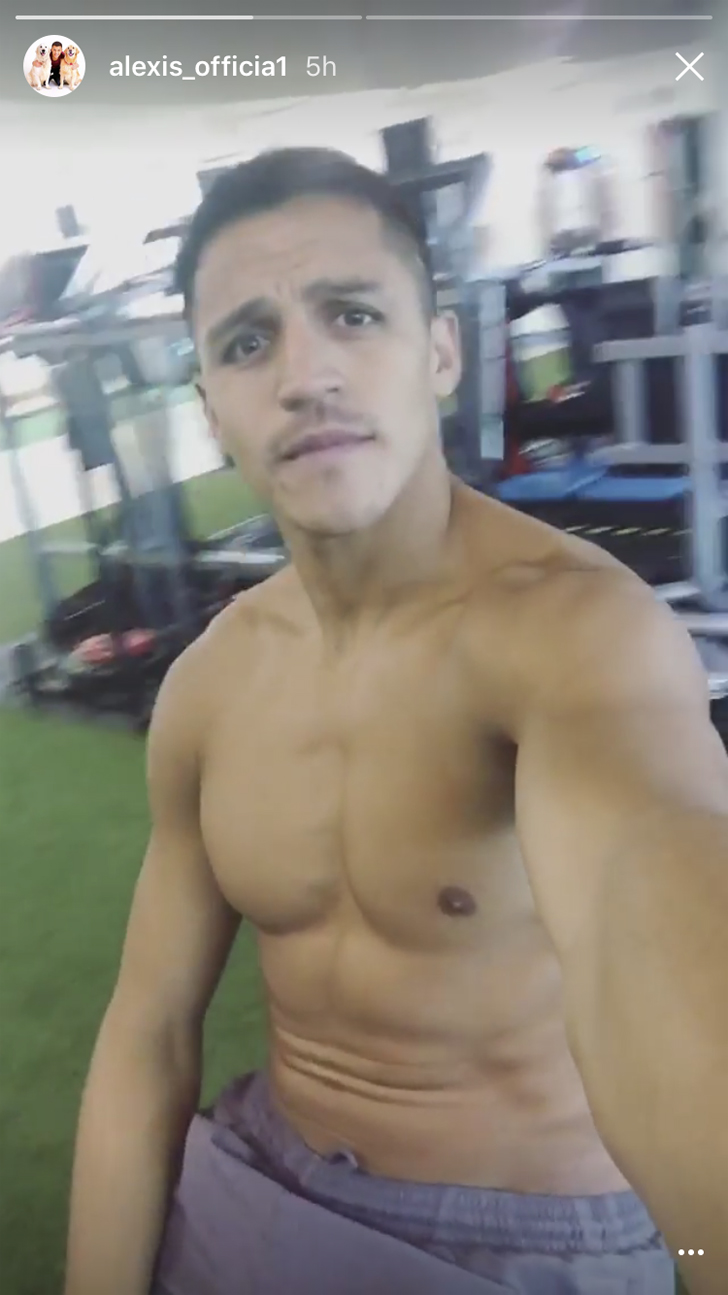 The South American will be back in action this weekend when Arsenal make the long trip to the Premier League’s basement club Sunderland at the Stadium of Light in Saturday’s early kick-off.

The Gunners played out a frustrating goalless draw with promoted side Middlesbrough at the Emirates Stadium last weekend as Sanchez failed to make the breakthrough.

Sanchez has scored four goals and has made three assists in nine Premier League appearances so far this season.

Stan Collymore predicts where Liverpool will finish this season