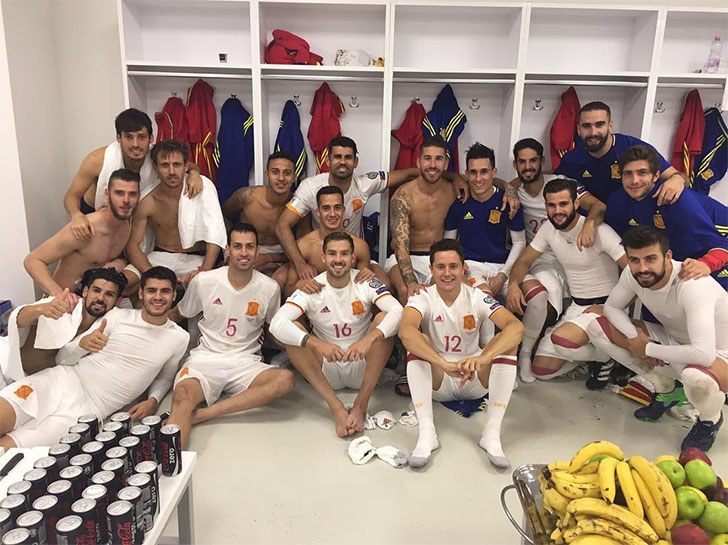 Ander Herrera was in good form after the Manchester United midfielder watched Spain ease to a 2-0 win against Albania on Sunday night.

The 27-year-midfielder received a late call-up to the Spain national squad following a spate of injuries as Herrera linked up with his United team-mate David De Gea.

Herrera scored four times in 15 appearances for the Spain Under-21 team before the United man made his final appearance at that level in 2011.

And the Red Devils midfielder was still delighted to be involved in the Spanish set-up despite failing to get on the pitch against Albania in their 2018 World Cup qualifier.

Herrera posted the above photo and wrote on his Instagram page:

“Great victory to finish an amazing week with the national team”

Herrera has scored 14 times in 80 appearances in all competitions for the 20-time English champions over the past two and a half seasons at Old Trafford.