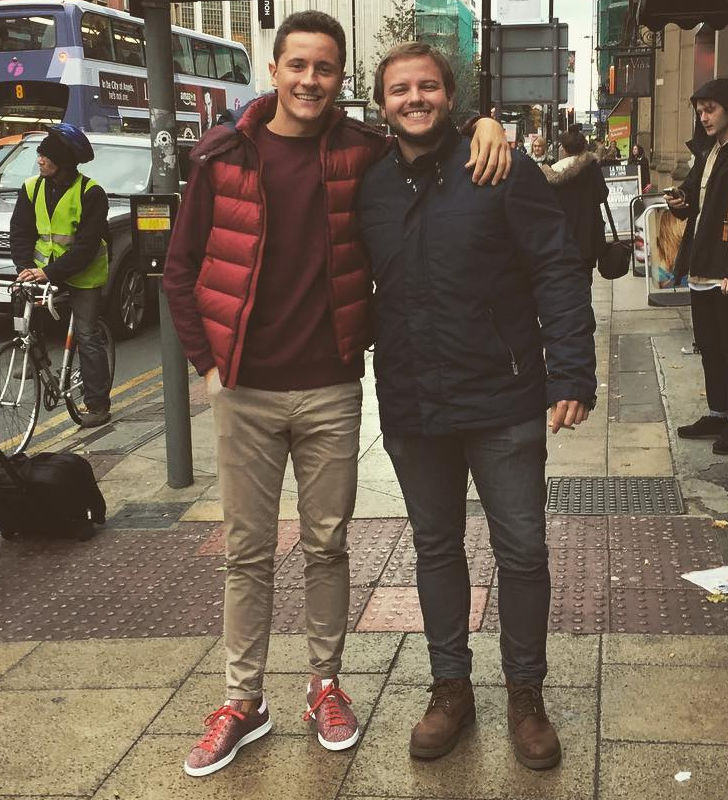 Ander Herrera looked to be in a good mood despite the British autumn weather as he enjoyed a walk around Manchester last week in the build-up to Manchester United’s crunch clash with Liverpool on Monday night in the Premier League.

The Spaniard is back with his club after receiving his first call-up to the Spanish national side for their recent World Cup qualifiers.

Herrera will be hoping to feature for Jose Mourinho’s men as they look to return to winning ways in the Premier League following their 1-1 draw with Stoke City before the international break.

The Spanish midfielder has been in good form for the Red Devils since Jose Mourinho’s appointment as the club’s new manager.

And the United man enjoyed some time off with a friend in rainy Manchester during the week.

Manchester United are currently sixth in the Premier League table, while Liverpool are fourth and two points off top spot.