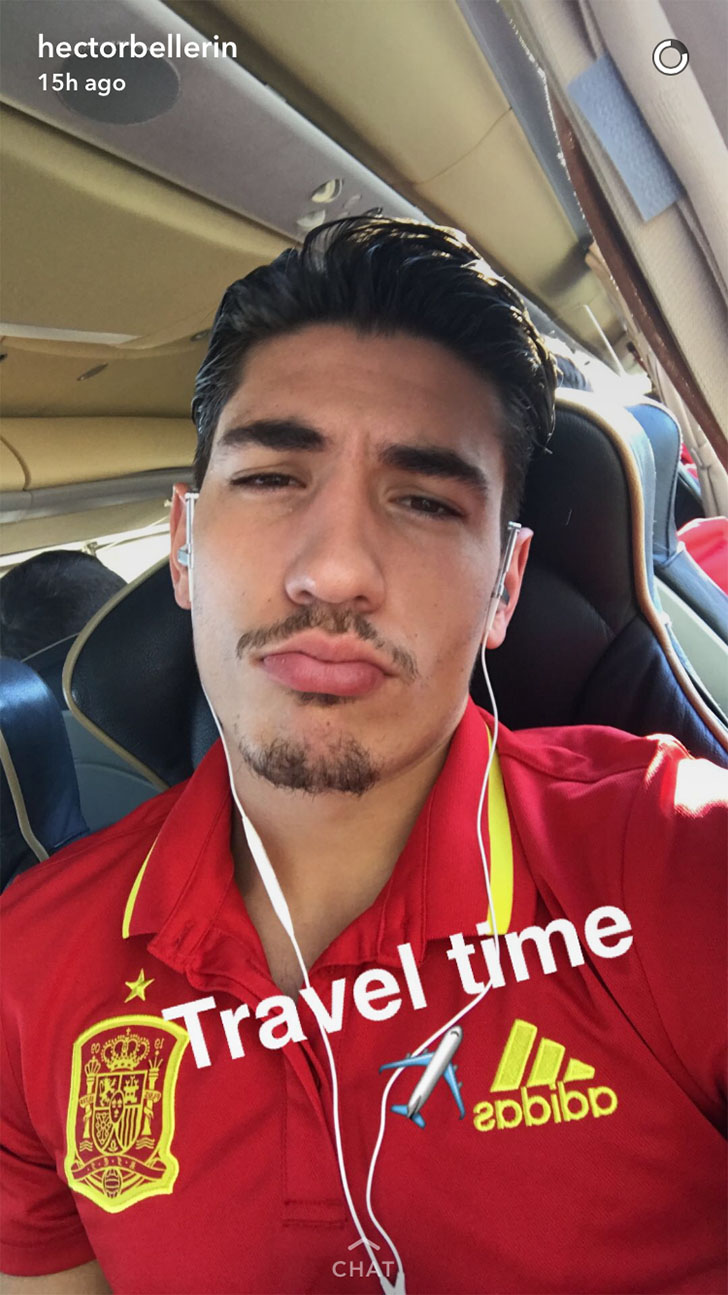 Hector Bellerin didn’t appear too thrilled to be travelling again on Sunday night.

The Arsenal full-back left the north London club sweating on his fitness after Bellerin had to be replaced in the final minutes of Spain’s U21 3-0 win against San Marino on Wednesday night.

Bellerin, though, doesn’t appear to have suffered any lasting damage after the Gunners star remained part of Spain’s Under-21 squad as opposed to returning to the Premier League club.

The 21-year-old was part of la Roja’s squad for the European championship in 2016 but was omitted from the senior set-up for their 2018 World Cup qualifiers against Italy and Albania.

And Bellerin took to his Snapchat account (@HectorBellerin) ahead of Spain Under-21’s clash against Estonia on Monday night to signify the defender was perhaps becoming tired of travelling.

Arsenal will host Swansea City at the Emirates Stadium on Saturday afternoon as Arsene Wenger’s side look to secure a sixth successive Premier League victory.

The Gunners are in third place in the Premier League table.