The Arsenal midfielder was forced to sit out the north London side’s frustrating goalless draw with promoted side Middlesbrough at the Emirates Stadium on Saturday afternoon as the Switzerland midfielder served his suspension.

Xhaka picked up a red card for a professional foul in the second half of the north London side’s 3-2 win against Bob Bradley’s Swansea City last weekend to rule the summer signing out of Saturday’s home game.

However, Xhaka suffered further disappointment after Arturo Vidal and Douglas Costa both scored in a comfortable 2-0 win over the Switzerland international’s former employers. 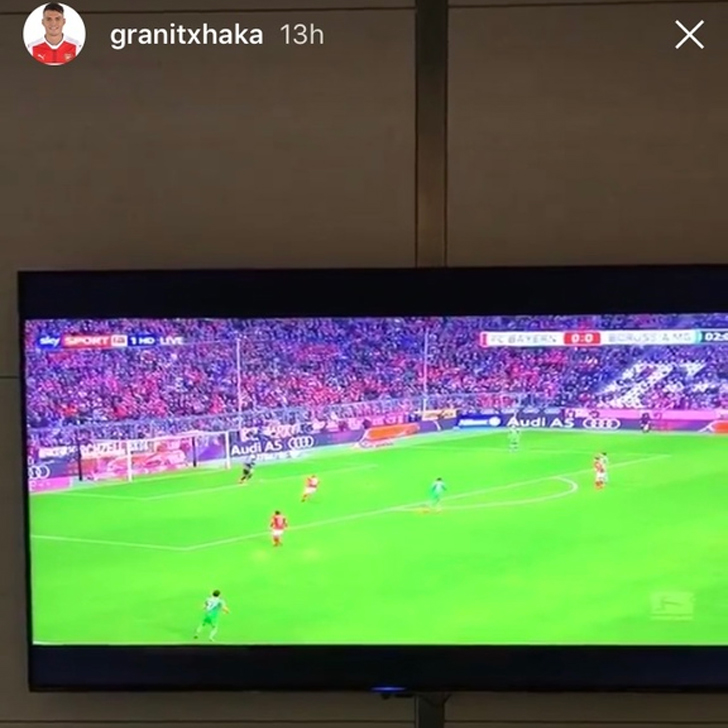 Xhaka posted the above photo on his Instagram story as he gave Arsenal supporters a glimpse into his plans for Saturday night.

The 23-year-old moved to Arsenal in a £33m deal from Monchengladbach at the start of the summer.

Neville: How Conte has transformed Chelsea