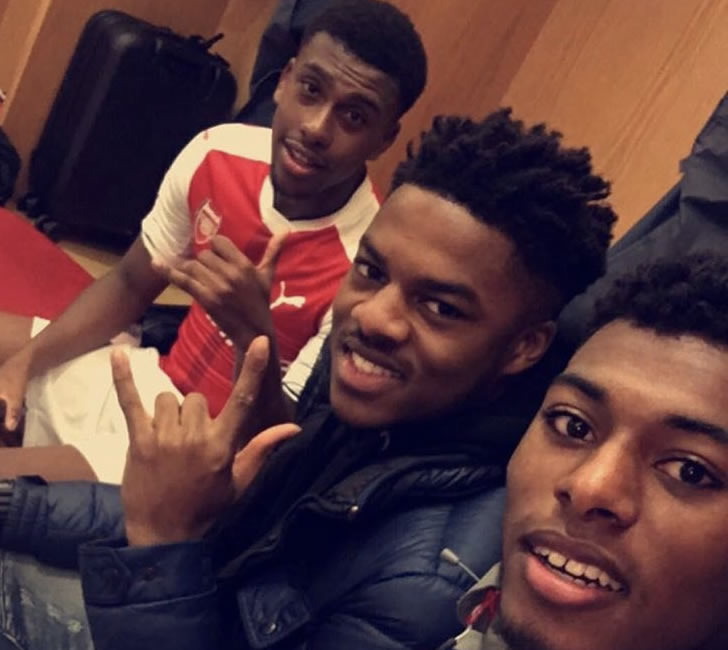 Alex Iwobi was all smiles with Chuba Akpom and Jeff Reine-Adelaide after the trio helped Arsenal beat Reading 2-0 in the fourth round of the League Cup on Tuesday night.

Two goals from Alex Oxlade-Chamberlain handed Arsene Wenger’s men victory and a place in the quarter-finals of the cup competitions.

Iwobi has developed into a star of the Arsenal first team in recent months after impressing for Wenger’s side in midfield.

And the Nigeria international seemed to be in high spirits as he snapped a selfie in the dressing room with his two team-mates after Tuesday’s win.

Iwobi shared the photo above on his personal Instagram account and wrote: “Next Round Here We Come ⚽️🏆 #Selfie #TheJeff #AK #BIG17”

The midfielder will be hoping to be involved when Arsenal return to Premier League action with a trip to Sunderland on Saturday lunchtime.

The north London side are currently second in the table and level on points with leaders Manchester City, despite their goalless draw with Middlesbrough last weekend.