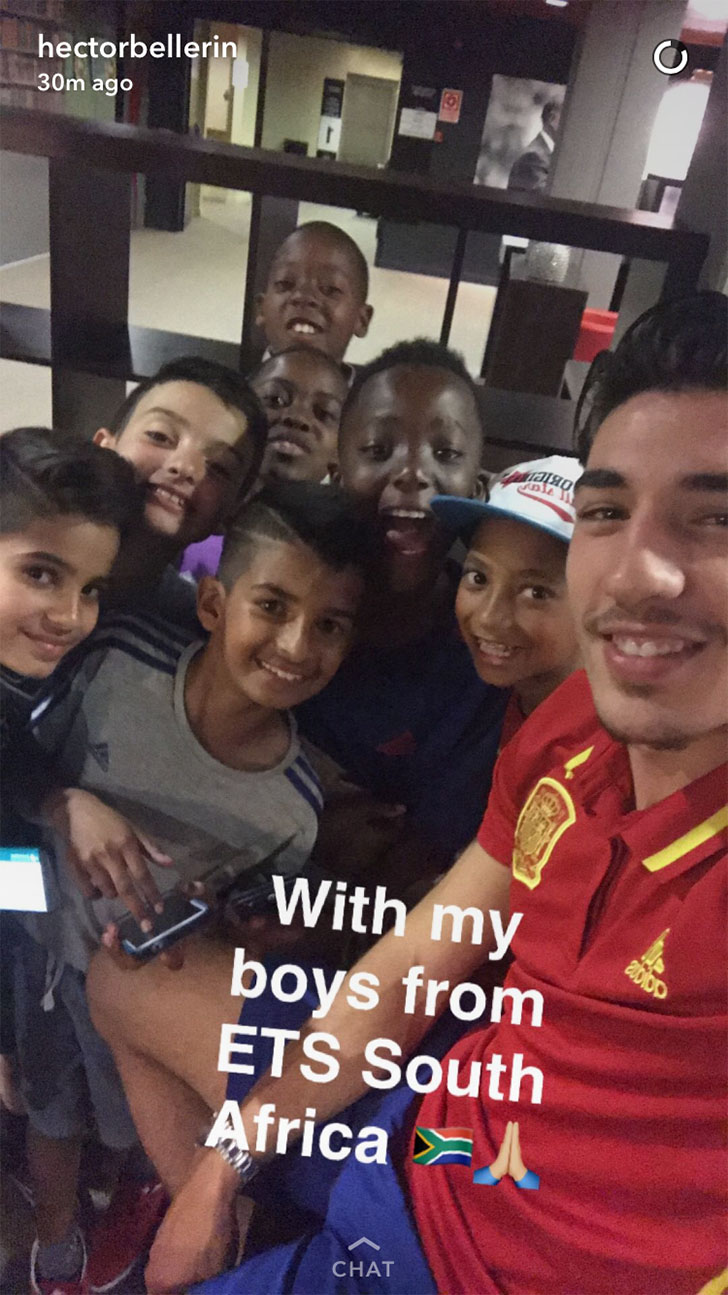 Hector Bellerin was making dreams come true on Saturday evening after the Arsenal defender snapped a selfie with some young South African fans.

The Gunners star is part of Spain’s Under-21 set-up after being overlooked for la Roja‘s senior squad for their 2018 World Cup qualifiers this week.

The 21-year-old left Arsenal supporters sweating over his fitness on Friday amid reports that Bellerin had suffered an ankle injury in training.

And the full-back was the substituted in the closing minutes of Spain Under-21’s 3-0 victory over San Marino on Thursday night.

However, Bellerin has since trained with his Under-21 team-mates to quash talk of a potential ankle problem for one of Arsene Wenger’s key players.

And the Arsenal star posted the above photo on his Snapchat story (@hectorbellerin) on Saturday evening with some South African supporters.

The north London club will host Welsh side Swansea City in the Premier League at the Emirates Stadium on Saturday 15 October as Wenger’s men look to close the gap on Premier League leaders Manchester City.