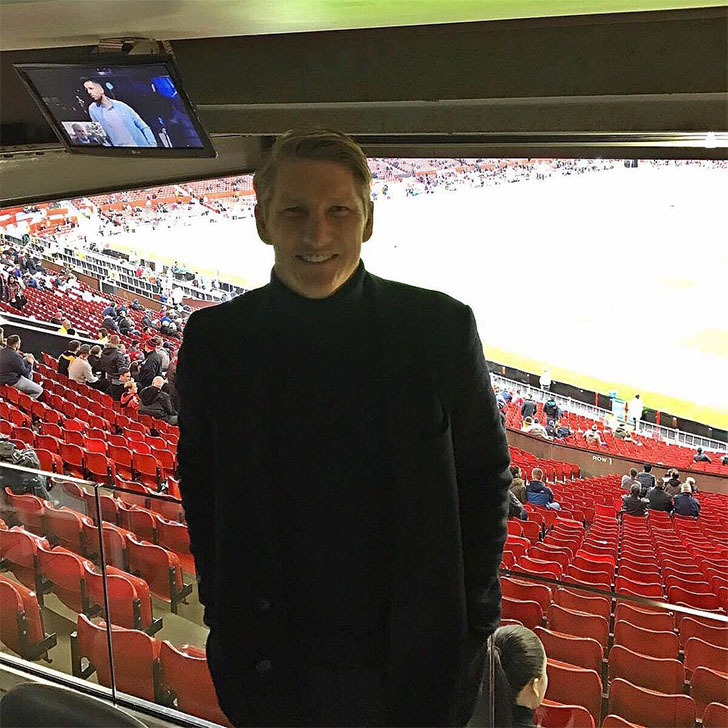 Bastian Schweinsteiger posted a photo from the Old Trafford stands on Wednesday night as the out-of-favour midfielder leant his support to his Manchester United team-mates for their derby clash.

The Germany international has been frozen out under Jose Mourinho after the Inter Milan and Real Madrid manager took over the reins from Louis van Gaal in May.

Schweinsteiger was signed in a £6.7m deal from Bundesliga giants Bayern Munich in the summer transfer window in 2015 but struggled to find consistency last term.

However, there has been no hint of recall for the World Cup winner ahead of Wednesday night’s League Cup clash against Manchester City, although that hasn’t deterred Schweinsteiger’s enthusiasm for the 20-time English champions.

The Germany legend posted the above photo on his Instagram page and wrote the following caption ahead of the fourth-round clash:

Schweinsteiger scored his only United goal in a 1-1 draw with Premier League champions Leicester City at the King Power Stadium last season.