The Chelsea midfielder is eating clean... 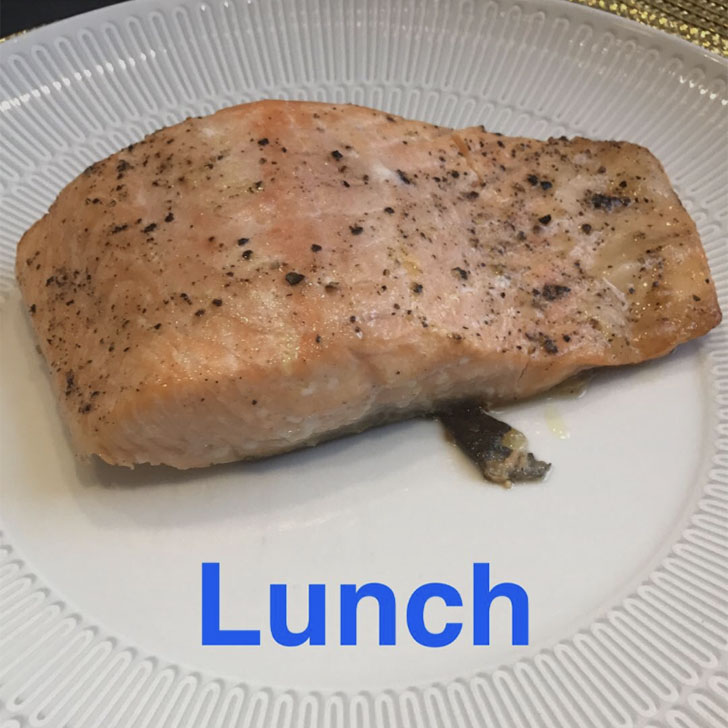 Cesc Fabregas’ eating habits have been the talk of the international break amongst Chelsea supporters.

The 29-year-old raised raised some eyebrows earlier this month when Fabregas posted a photo of his dinner on Snapchat which consisted of several pizzas and a couple of chocolate cakes.

Fabregas was quick to post a further update which emphasised that he has four kids to feed amid the concerns of some Blues fans over the Spanish midfielder’s eating habits.

Antonio Conte’s Chelsea side will host Leicester City at Stamford Bridge on Saturday afternoon as the west London side look to get one over the reigning Premier League champions.

And Fabregas (@cescky4) is certainly eating clean ahead of the visit of the Foxes as the former Arsenal captain tucked into a salmon fillet to keep himself fuelled on Tuesday afternoon.

The Spain midfielder has started one Premier League game so far this season, which resulted in Fabregas being replaced in the second half of Chelsea’s 3-0 loss to London rivals Arsenal.

Photo: Marcus Rashford all smiles with Man United star ahead of Liverpool clash