The Chelsea midfielder issues his support for the France international 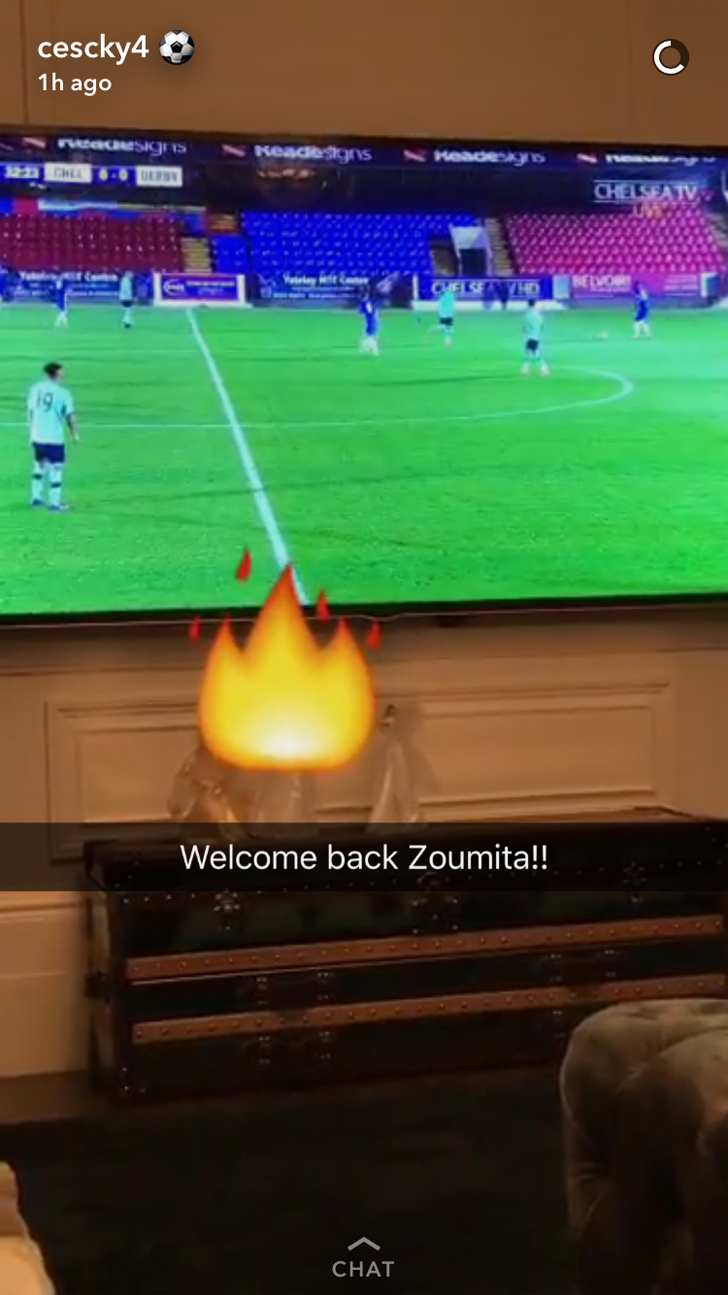 Cesc Fabregas congratulated Kurt Zouma on his return to Chelsea action after the defender made his comeback on Monday night.

The France international has been sidelined with a serious knee injury after he suffered the fitness setback during Chelsea’s Premier League clash with Manchester United in February.

Chelsea have appointed Antonio Conte as their new manager since Zouma last pulled on a blue shirt for the west London side.

The Italian signed Brazil international David Luiz in a £32m deal from Ligue 1 giants Paris Saint-Germain in the summer transfer window as a direct rival for a starting spot.

However, Zouma’s bid to move back up the pecking order is under way after he featured from the start in Chelsea development side’s 2-2 draw with Derby County on Monday night.

And Fabregas posted the above photo on his Snapchat account (@cescky4) to show his support for his team-mates following his long injury lay-off.

Chelsea will make the trip to Southampton in their next Premier League game on Sunday afternoon.