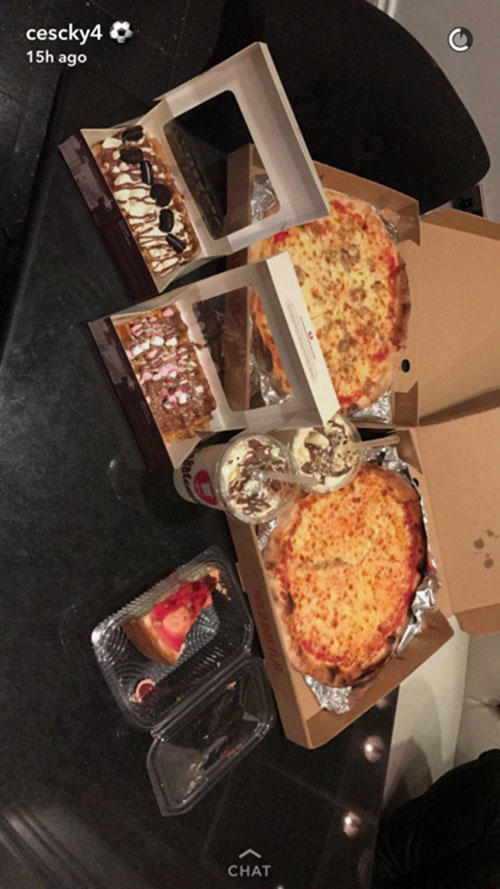 Cesc Fabregas snapped a photo of his feast on Tuesday night as the Chelsea midfielder looked to make the most of the international break.

The Blues star hasn’t been included in the Spain squad for their 2018 World Cup qualifiers against Italy and Albania over the next week or so.

Fabregas has found his first-team opportunities limited so far this season under Antonio Conte and has only started one Premier League game.

However, the Spain international’s first Premier League start lasted just over 60 minutes as Chelsea lost 3-0 to Arsenal at the Emirates Stadium.

While Fabregas will presumably be disappointed to miss out on representing Spain over the next week or so, the 29-year-old enjoyed some of the perks of a football-free week.

The former Arsenal captain posted the above photo on his Snapchat page (@cescky4) of his takeaway pizzas and cakes.

However, when some Chelsea supporters expressed their concern over the size of the midfielder’s meal, Fabregas took to the photo-sharing app again.

He wrote: “Remember I have four kids…”

Jamie Redknapp: This is Tottenham’s most important player