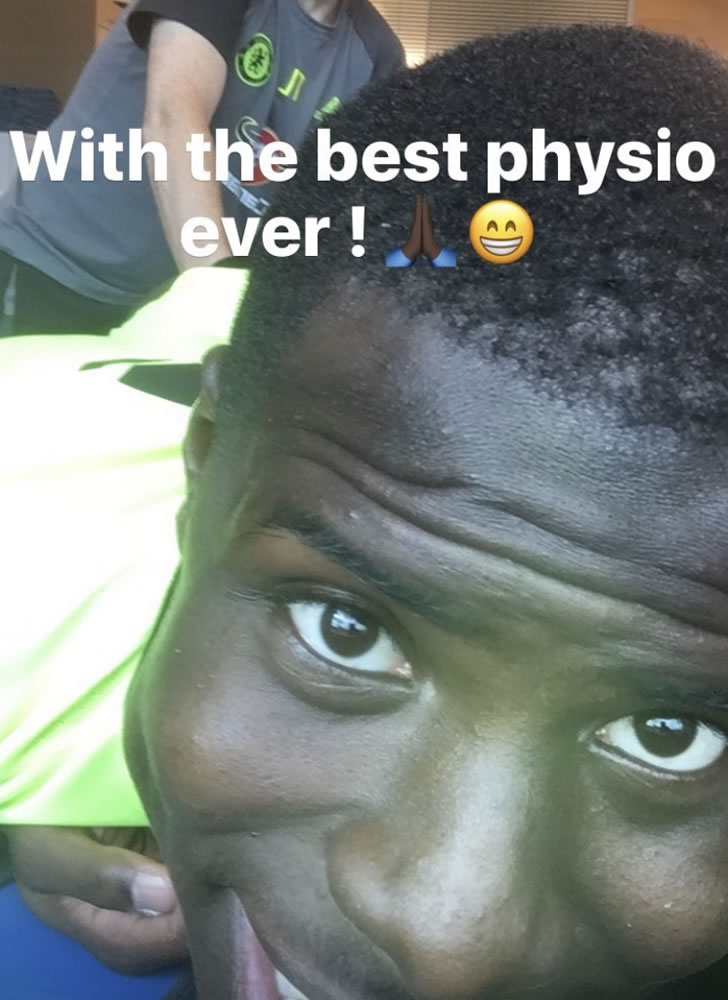 Kurt Zouma has handed Chelsea a boost by revealing that he is in good shape as he continues his rehabilitation from a knee injury.

The defender has not featured for the west London club at all this season after undergoing knee surgery earlier in the year.

However, he will have been a happy man after watching Chelsea thrash Manchester United 4-0 at Stamford Bridge on Sunday.

The France international was a regular fixture in the Chelsea first team before he suffered the serious injury in the 1-1 draw with Manchester United at Stamford Bridge back in February.

Zouma is now working hard on getting back fit and ready for action as soon as possible.

The centre-half will be keen to impress new manager Antonio Conte at Stamford Bridge this season.

And the defender posted the picture above on his Instagram story in the build-up to Sunday’s game against Manchester United at Stamford Bridge.

He shared the photo and wrote: “With the best physio ever.”

Conte revealed last week that he was hopeful that Zouma could begin training with the first team at Cobham in the coming days.