The Manchester United goalkeeper chills with his chow chow Maxto 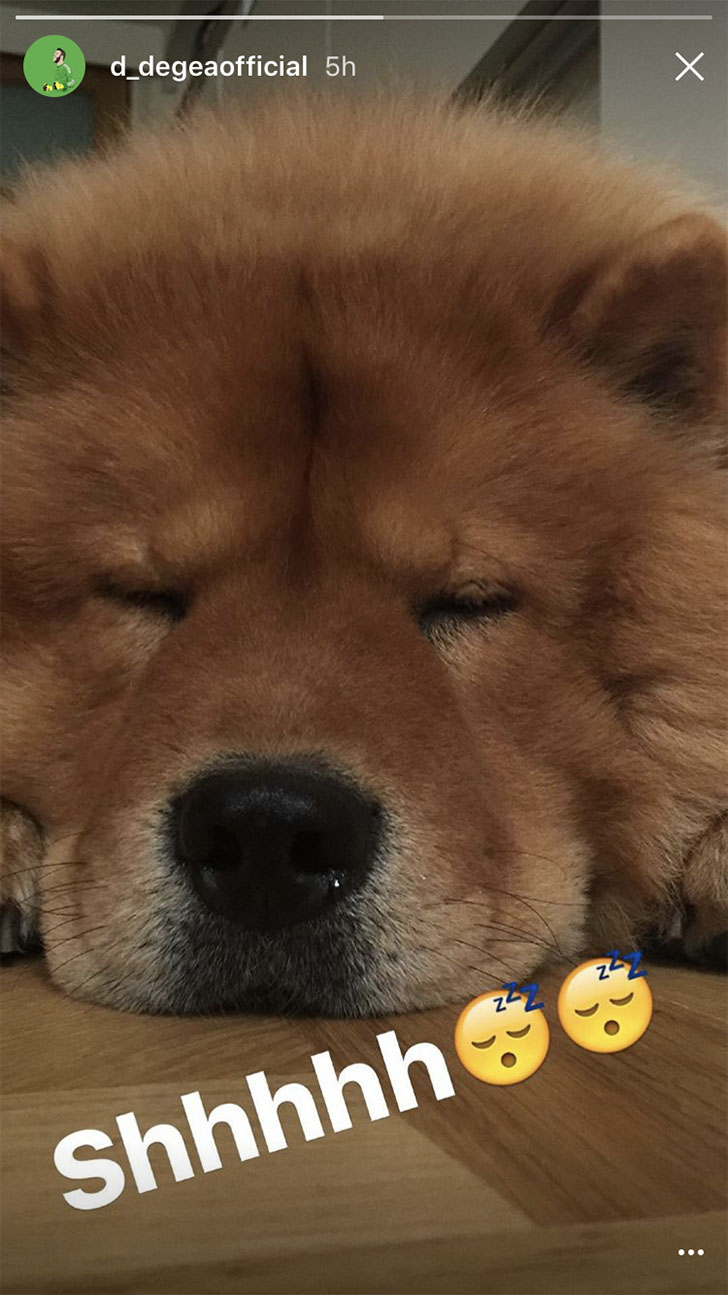 David De Gea was making the most of a peaceful moment with his dog ahead of Manchester United’s trip to Liverpool in the Premier League on Monday night.

The Red Devils star is a proud owner of a fluffy chow chow and De Gea is no stranger to posting adorable snaps of his pooch on his Instagram page.

The United number one was away on international duty over the past week – Spain drew 1-1 with Italy on Thursday night before a 2-0 victory over Albania on Sunday in their 2018 World Cup qualifiers.

The international break came at a good time for De Gea after the goalkeeper was at fault with a poor handling error which led to Joe Allen’s goal in Stoke City’s 1-1 draw with United at Old Trafford.

However, the Spain international was switching off from football on Tuesday afternoon as he took some time to relax with his chow chow Maxto ahead of United’s trip to Liverpool on Monday night.

De Gea posted the above photo on his Instagram story with the caption: “Shhhhhh.”

United are in sixth place in the Premier League table.