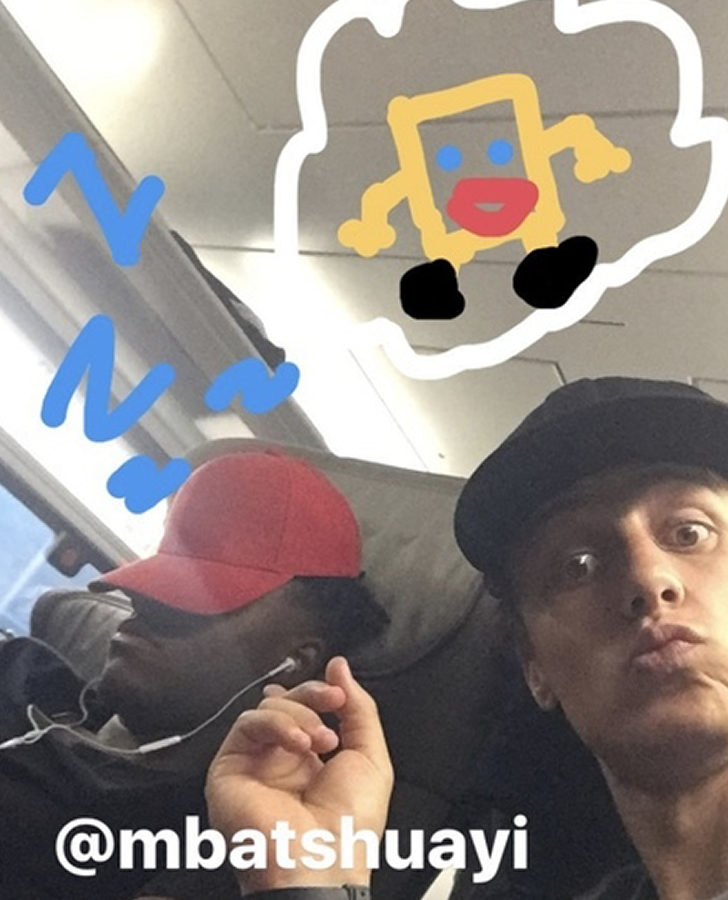 David Luiz could not help but snap a quick selfie with Michy Batshuayi after the Brazilian caught the new Chelsea signing napping after Saturday’s 3-0 victory over Leicester City.

Goals from Diego Costa, Eden Hazard and Victor Moses sent Antonio Conte’s men on their way to victory over the defending Premier League champions at Stamford Bridge as the Blues made it back to back wins in the top flight.

David Luiz played the full 90 minutes as he helped the Chelsea defence keep a clean sheet at Stamford Bridge.

Batshuayi, meanwhile, was an unused substitute for the Blues as the striker continues to struggle to break into the Chelsea first-team following his transfer from Marseille in the summer.

And Luiz posted the picture above on his Instagram story after Saturday’s victory.

Both players will be hoping to be involved when Chelsea return to Premier League action next weekend with a crunch clash against Manchester United at Stamford Bridge on Sunday afternoon.