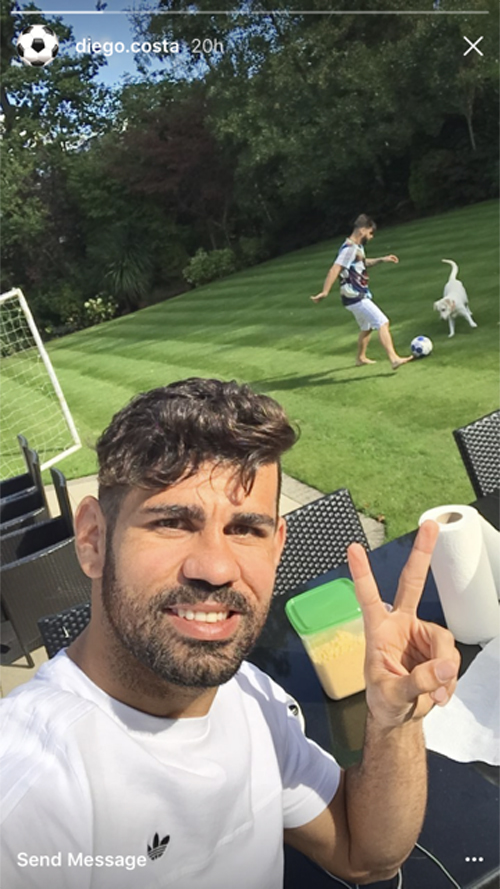 Diego Costa just can’t get enough of football at the moment.

The Spain international has been Chelsea’s best player under new manager Antonio Conte in the Premier League season so far.

The 27-year-old has put a dismal 2015-16 campaign to the back of his mind after a prolific start to the current campaign.

Costa scored Chelsea’s second goal in a 2-0 win over Hull City at the KCOM Stadium as the centre-forward curled an instinctive finish past goalkeeper David Marshall on Saturday afternoon.

However, Costa posted the above photo on his Instagram story on Sunday afternoon as the Chelsea star enjoyed a kick-about with a pal and an energetic labrador despite playing 90 minutes at Hull.

Chelsea will host reigning Premier League champions Leicester City at Stamford Bridge in their next top-flight game on Monday 15 October.

The west Londoners are currently in seventh place in the Premier League table.

Jermaine Jenas: This Tottenham signing has proved me wrong

Arsenal legend: This will give Tottenham even greater belief