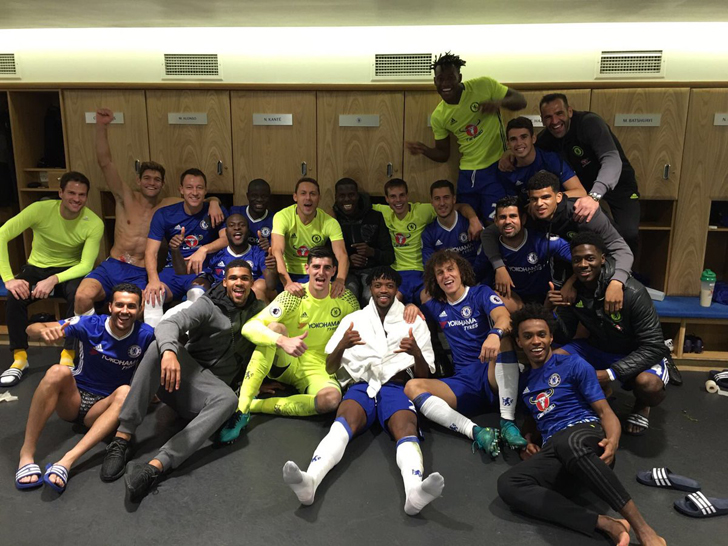 Eden Hazard and N’Golo Kante joined their Chelsea team-mates for a triumphant dressing room snap on Sunday after their 4-0 win over Manchester United.

The Blues made a brilliant start to the highly-anticipated Premier League clash as Chelsea legend Jose Mourinho returned to Stamford Bridge for the first time since he was sacked back in December.

Mourinho’s signing Pedro Rodriguez broke the deadlock inside the first minute after he darted past the United defence and guided a finish into the empty net.

England defender Gary Cahill doubled the home side’s lead with a powerful finish inside David De Gea’s area after he found himself unmarked from a set-piece.

Hazard scored his fourth Premier League goal of the season to all but seal three points for Antonio Conte’s side against their bitter rivals in west London.

Summer signing Kante wrapped up an emphatic win after he waltzed past three United players to score his first Chelsea goal since his £32m move to Stamford Bridge from Leicester City in the summer.

And Victor Moses posted the above photo on his Twitter page of Conte’s squad celebrating their win. He wrote the following caption: