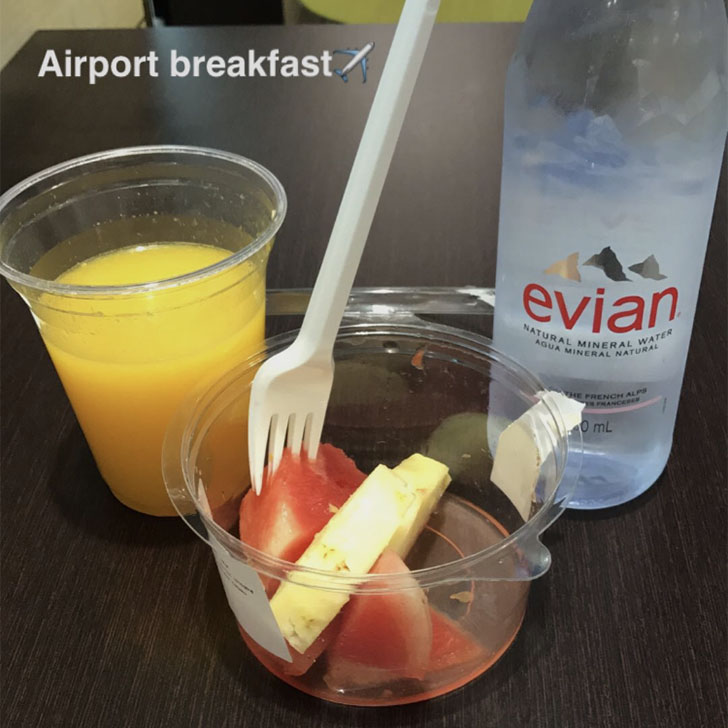 Hector Bellerin looked to be making the most of his limited food options on Tuesday as the Arsenal defender headed back to London.

The right-back has been away on international duty with the Spain Under-21 squad over the past week as Bellerin helped his national team edge closer towards the 2017 European Under-21 championship.

Bellerin suffered an injury scare last week when the Arsenal defender was forced off inside the closing minutes of their landslide 5-0 victory over San Marino last week.

However, the Arsenal star came through a 3-0 win against Estonia on Monday night without any problems ahead of the visit of Swansea City to the Emirates Stadium on Saturday afternoon.

And Bellerin was keeping himself fuelled ahead of the Premier League clash this weekend with a makeshift breakfast as the Arsenal defender posted the above photo on his Snapchat story (@HectorBellerin) to highlight his struggle with limited options at the airport.

Arsene Wenger’s Arsenal side are in third place in the Premier League table and two points behind leaders Manchester City.

Photo: Liverpool’s Emre Can heads to Costa ahead of Man United clash