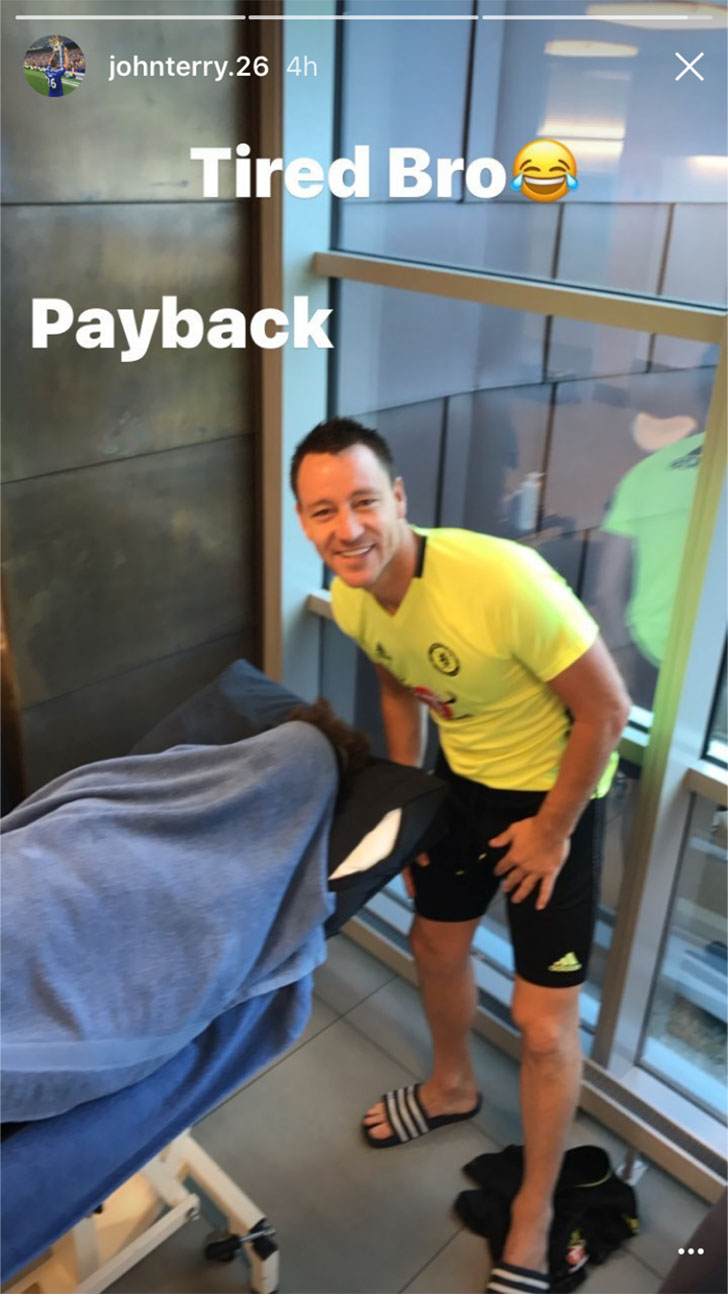 The Brazil international was only back at the west London club a mere 16 days before Luiz posted a photo of Terry having a power nap at Chelsea’s training ground ahead of their clash against Liverpool.

The Blues went on to lose 2-1 to Jurgen Klopp’s side before a 3-0 loss to bitter London rivals Arsenal at the Emirates Stadium a week later to leave Antonio Conte’s side struggling with confidence.

However, Chelsea ended a three-game winless run with a 2-0 win against Hull City last time out and the mood in the Blues camp appears to have picked up.

And Terry didn’t waste the opportunity to get some payback on the Brazilian centre-half as the injured Chelsea skipper posted the above photo of Luiz having a 40 winks on his Instagram story on Friday evening.

Chelsea will host reigning Premier League champions Leicester City at Stamford Bridge in their next top-flight fixture on Saturday 15 October.