Photo: Jan Vertonghen all smiles with former Tottenham team-mate ahead of clash 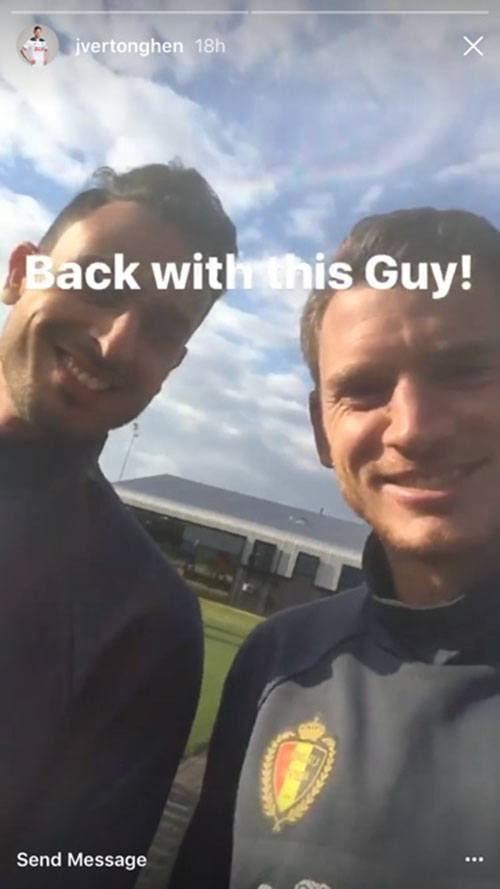 Jan Vertonghen greeted Nacer Chadli as a friend not foe in the Belgium camp despite their imminent Premier League clash.

The Tottenham Hotspur defender has been in excellent form for Mauricio Pochettino’s side alongside his compatriot Toby Alderweireld after Sunday night’s 2-0 victory over Manchester City.

The Lilywhites have the best defensive record in the Premier League this season after conceding just three goals in seven top-flight games in the 2016-17 campaign so far.

Chadli, meanwhile, moved to West Bromwich Albion from Tottenham in an £11m deal in the summer transfer window after failing to secure a regular spot in Pochettino’s side.

The 27-year-old attacking midfielder has already scored three goals and has made two assists in four Premier League appearances since his summer switch to The Hawthorns.

And Tottenham defender Vertonghen posted the above selfie with Chadli on his Instagram story after the pair were reunited in the Belgium training camp.

Vertonghen wrote the following caption: “Back with this guy.”

Spurs are in second place in the Premier League table.