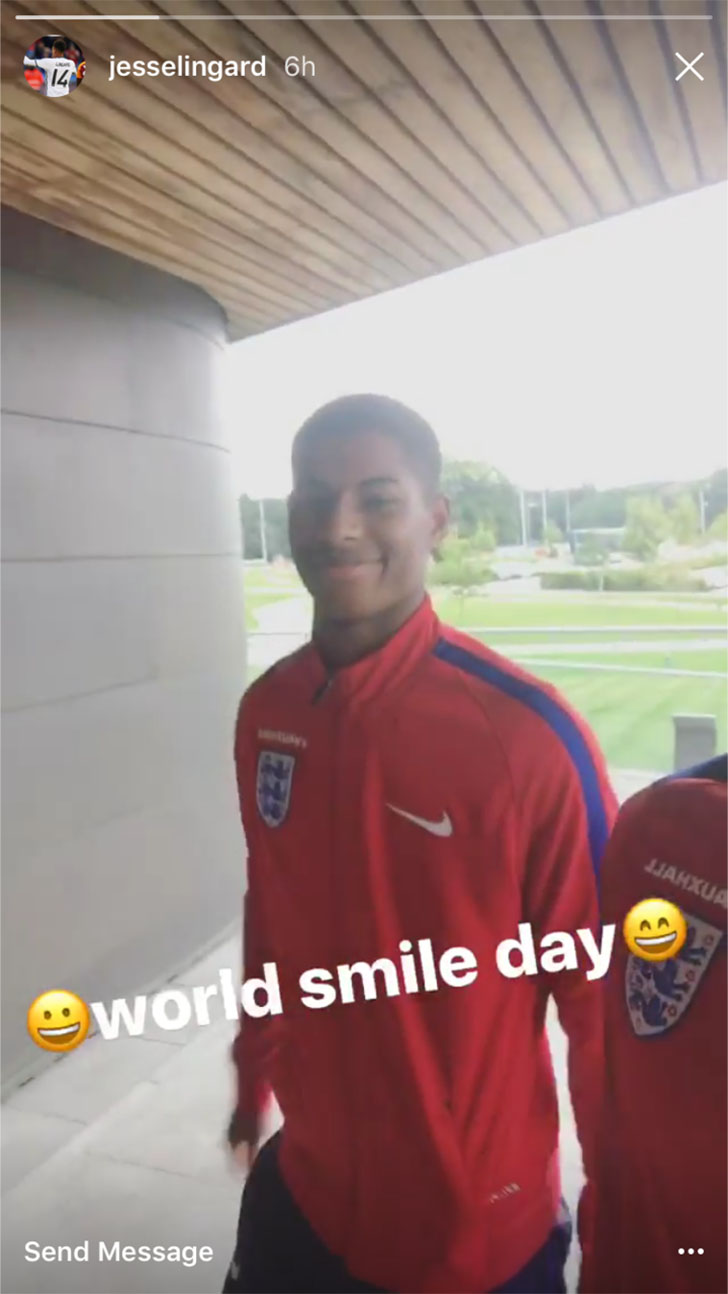 The Manchester United duo have been included in England’s squad for the 2018 World Cup qualifiers under Gareth Southgate.

Rashford has been one of the big positives from United’s 2016-17 campaign so far under new manager Jose Mourinho.

The 19-year-old has already scored three goals in five Premier League appearances for the Red Devils this term.

So it’s no surprise that it didn’t require much to make Rashford smile during his team-mate’s Instagram story as he joked around with Lingard during the England camp.

The Red Devils drew 1-1 with Stoke City at Old Trafford in their last top-flight fixture before the international break.

United will make the trip to bitter rivals Liverpool in their next Premier League game at Anfield on Monday 17 October.

Mourinho’s men are currently in sixth place in the Premier League table and six points behind leaders Manchester City after seven top-flight games.