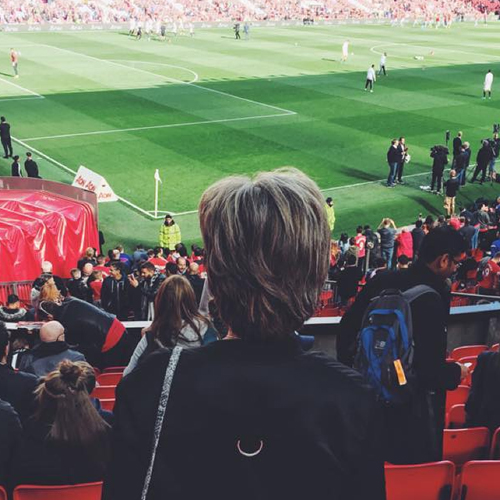 Juan Mata will be particularly frustrated with Manchester United’s inability to beat Stoke City on Sunday given the presence of his girlfriend and her mother at Old Trafford.

The Red Devils were the dominant side in the first half but Stoke’s third-choice goalkeeper Lee Grant made impressive saves to deny Zlatan Ibrahimovic and Jesse Lingard.

Second-half substitute Anthony Martial broke the deadlock with 21 minutes remaining thanks to the France international’s classy finish past the Stoke shot stopper.

However, David De Gea’s uncharacteristic mistake allowed Joe Allen to equalise in the 81st minute as the Potters left Old Trafford with a valuable point.

Mata lasted 67 minutes of the Premier League clash before Mourinho brought on Martial and Wayne Rooney in search of a winner.

And the Spain international’s girlfriend Evelina Kamph and her mother were present at Old Trafford to cheer on the United playmaker.

Kamph posted the above photo and wrote the following caption on her Instagram page:

United will make the trip to Liverpool in their next Premier League game at Anfield on Monday 17 October.

Ander Herrera opens up about Zlatan Ibrahimovic at Man United