Photo: Kenedy all smiles with in-form Chelsea striker ahead of Leicester clash 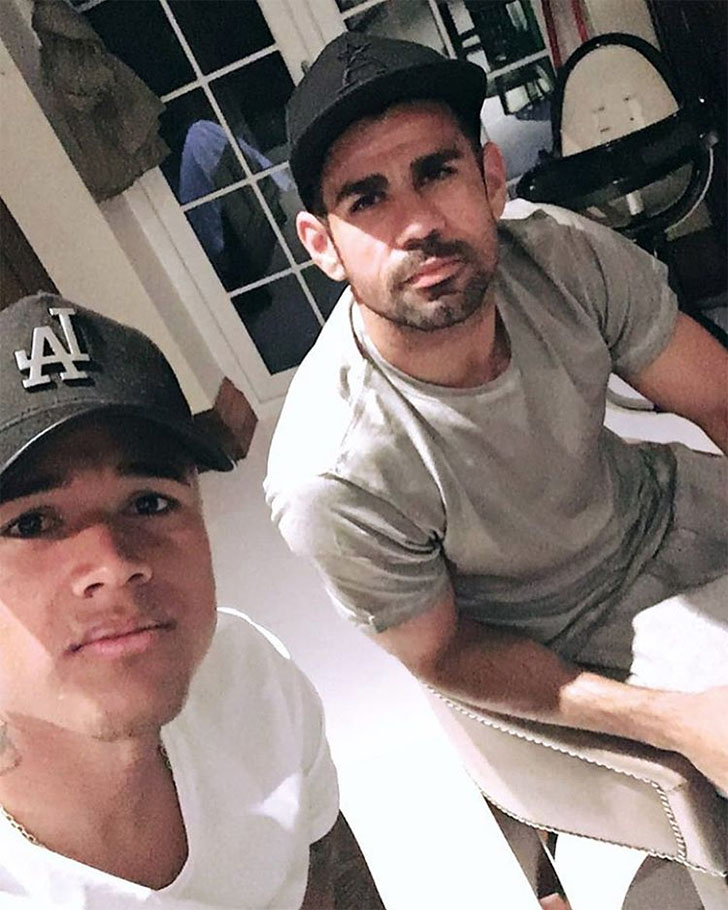 Kenedy and Diego Costa relax ahead of visit of Leicester Photo: Kenedy/Instagram

Diego Costa and Kenedy spent a chilled Monday night together ahead of the return of the Premier League on Saturday afternoon.

The Spain international enjoyed a productive international break as the Brazilian-born striker continued his prolific start to the 2016-17 season.

Costa netted la Roja’s opening goal in a 2-0 victory over Albania in their 2018 World Cup qualifier on Sunday night.

The 28-year-old has scored six times in eight games in all competitions under new Chelsea manager Antonio Conte following a return to form.

The former Atletico Madrid striker netted the west London side’s second goal in a 2-0 win against promoted side Hull City in their most-recent fixture.

And Costa relaxed with Brazilian team-mate Kenedy following his return to the English capital on Monday night ahead of this weekend’s visit of Leicester.

Kenedy posted the above photo on his Instagram page and wrote the following caption: “Padrinho”

Conte’s Blues side are currently in seventh place in the top-flight table.