Dejan Lovren isn't thrilled with the freezing temperatures in Liverpool 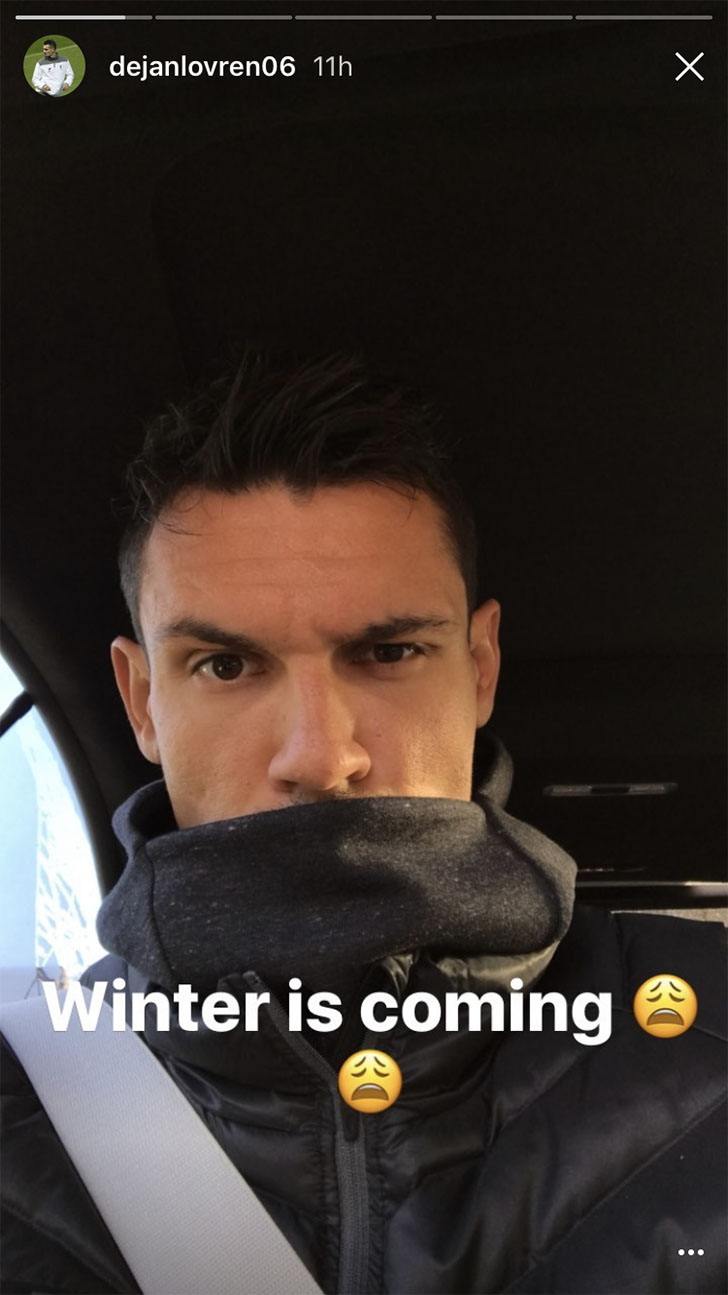 Dejan Lovren bemoaned the cold British weather as the Liverpool defender headed to Melwood training ground on Tuesday ahead of their clash against Manchester United.

The Croatia defender was omitted from his national team’s squad for their 2018 World Cup qualifiers which has allowed Lovren to make the most of a break from Premier League action.

However, Lovren returned to first-team training on Merseyside this weekend ahead of the visit of Jose Mourinho’s United side at Anfield on Monday night in the Premier League.

And the former Southampton defender didn’t appear too thrilled with the decreasing temperature as the 27-year-old wrapped up warm as the Liverpool star drove his sports car around the British city.

Lovren posted the above photo on his Instagram story with the following caption:

Liverpool are in fourth place in the Premier League table and two points behind leaders Manchester City.

United, meanwhile, are three points adrift of fourth-placed Liverpool in the race to secure a return to the Champions League.