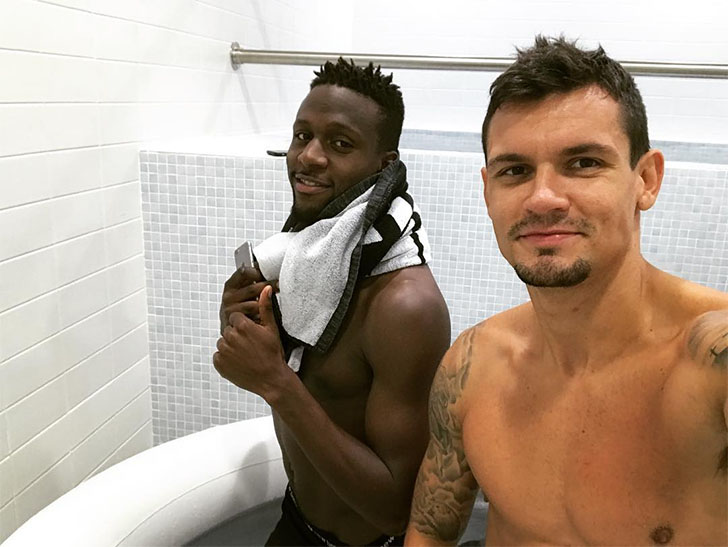 Dejan Lovren and Divock Origi braved an ice bath on Wednesday evening after Liverpool’s training session ahead of the visit of Manchester United.

Jurgen Klopp’s side will look to extend their winning run to six games in all competitions when Jose Mourinho’s struggling United outfit make the short trip to Merseyside on Monday night.

Liverpool have scored 17 times in victories over Leicester City, Chelsea, Derby County, Hull City and Swansea City in the Premier League and the League Cup.

Unfortunately for Origi, the Belgium international hasn’t been able to dislodge Roberto Firmino to secure a leading role in Klopp’s attack.

But the former Lille man still looked in high spirits despite his lack of first-team football and his imminent ice bath with his Liverpool team-mate.

“After a hard session…ice bath is our best friend 😬”

Liverpool are in fourth place in the Premier League table and two points behind leaders Manchester City.

The Reds are three points clear of sixth-placed United.