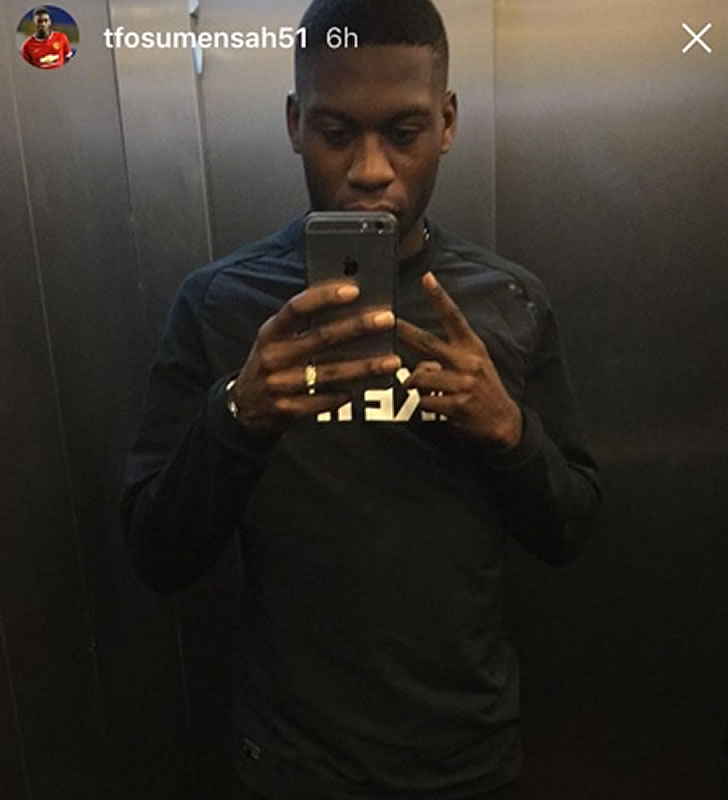 Timothy Fosu-Mensah looked to be in good shape as he snapped a selfie amid the reports suggesting that he is set to commit his long-term future to Manchester United.

The Dutch defender broke into the Manchester United first team for the first time last season and earned praise for his displays for the Red Devils.

Reports in the British media this week have claimed that Manchester United are on the verge of tying Fosu-Mensah down to a new long-term contract at Old Trafford.

The Daily Mail reported on Wednesday that United are expected to announce that Fosu-Mensah has signed a new contract by the end of next week, with only minor details left to be sorted out.

And the young defender looked to be in good spirits as he posted the selfie above on his personal Instagram account’s story on Wednesday afternoon, without a caption.

Manchester United are currently preparing for their Premier League showdown with Liverpool at Anfield on Monday night.