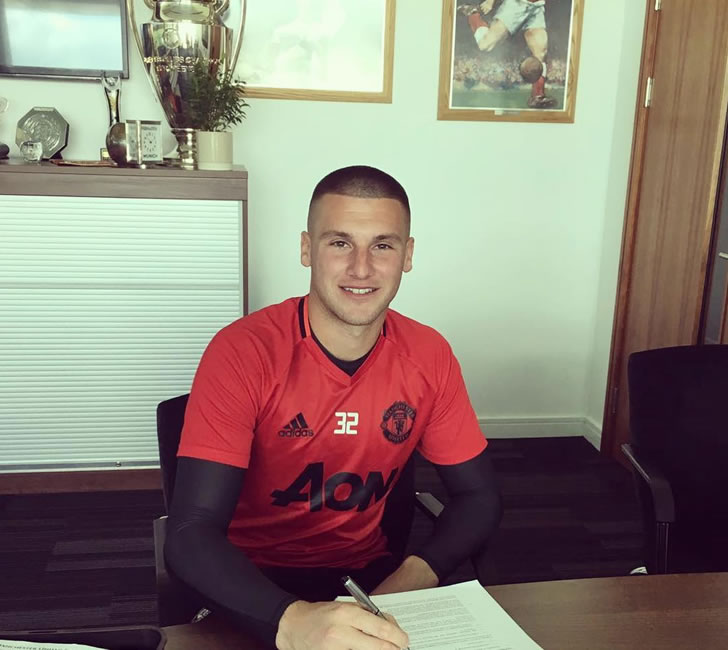 Sam Johnstone was all smiles as he put pen to paper on his new Manchester United contract on Sunday ahead of the Red Devils’ showdown with Liverpool.

The young goalkeeper put pen to paper on his new deal, which keeps him at Old Trafford until June 2018, with the option to extend for a further year.

The 23-year-old has come through the club’s academy system and will be hoping to challenge first-choice shot-stopper David De Gea for a spot in the United first team this season.

The goalkeeper, who has been at the club since he was 10 years old, was clearly thrilled to extend his deal with the Red Devils as he celebrated the announcement on social media.

Johnston posted the picture above on his personal Instagram account and wrote: “Happy to extend my contract @manchesterunited 📝😄🔴 Thanks to @jamesgrantfootball @mrpetem 👊🏽”

The shot-stopper could be on the bench for Manchester United’s trip to Anfield to take on Liverpool on Monday night in the Premier League.