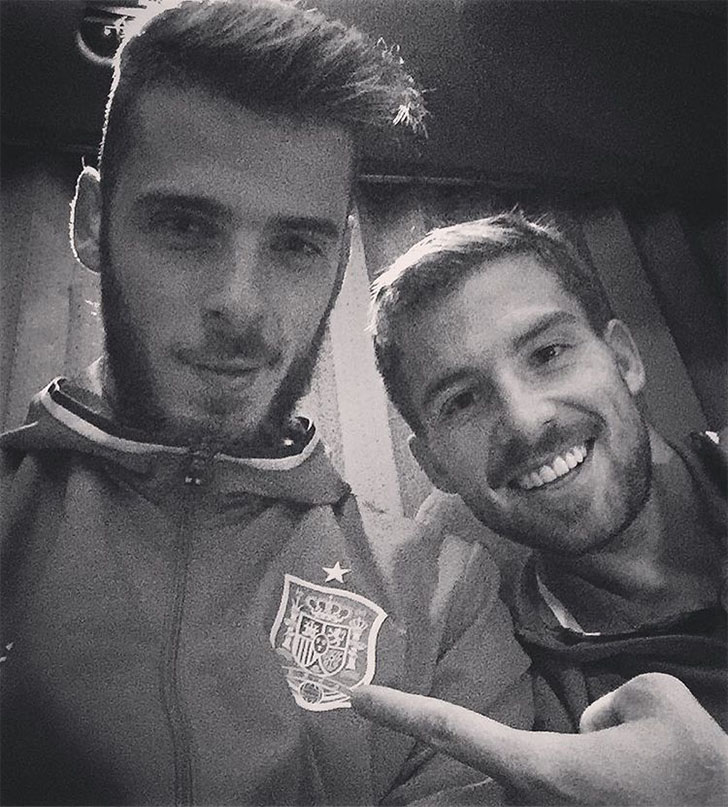 Spain have collected four points from their two 2018 World Cup qualifiers during the current international break after a 1-1 draw with their Euro 2016 last-16 opponents Italy last week.

The United goalkeeper was in a good mood as he posted for a photo with Real Sociedad defender Martinez following Sunday’s 2-0 win against Albania.

De Gea posted the above photo and wrote on his Instagram page:

“Important win and official debut of my friend Iñigo Martínez. We keep on our road to Russia.”

United will make the short trip to bitter rivals Liverpool in their next Premier League at Anfield on Monday night.