The Manchester United midfielder returns to his first football club

What a great Sunday! @realoviedo #Asturias

Juan Mata was joined by his girlfriend as the Manchester United midfielder caught up with his former club Real Oviedo on Sunday afternoon.

The Red Devils playmaker wasn’t named in the Spain national team for their 2018 World Cup qualifiers against Italy and Albania over the past week.

Mata has scored two goals in six Premier League appearances so far this season after getting a run in Jose Mourinho’s starting line-up.

The 28-year-old, however, was checking up with the first club of his professional career on Sunday afternoon as Real Oviedo were in action.

And the United midfielder watched Oviedo ease to a 2-0 win against Rayo Vallecano at the Estadio Carlos Tartiere.

Mata posted the above clip on his Instagram page and wrote the following caption:

“What a great Sunday! @realoviedo #Asturias”

The United star was joined by his girlfriend Evelina Kamph, and she posted the below snap on her Instagram page. 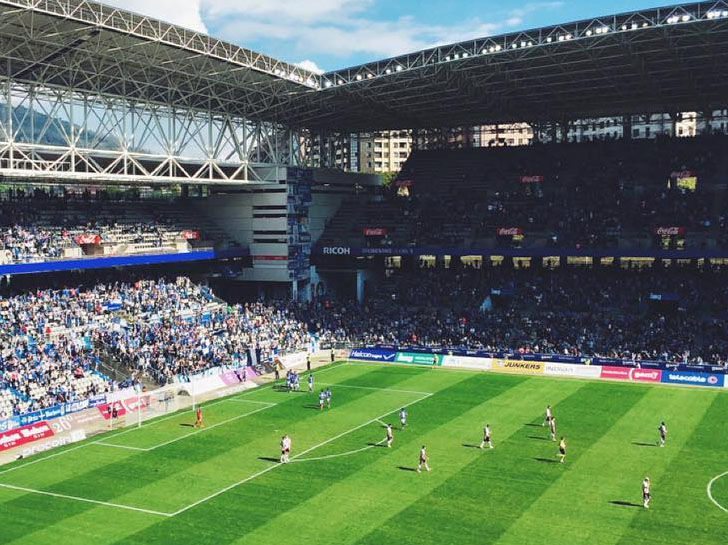 The Spain international moved to United in a £37.1m transfer from Chelsea in the 2013 January transfer window.

Mata has netted 28 times in 113 appearances in all competitions for the 20-time English champions during the past two-and-a-half seasons.

Jamie Carragher: Why Liverpool will be confident of beating Man United