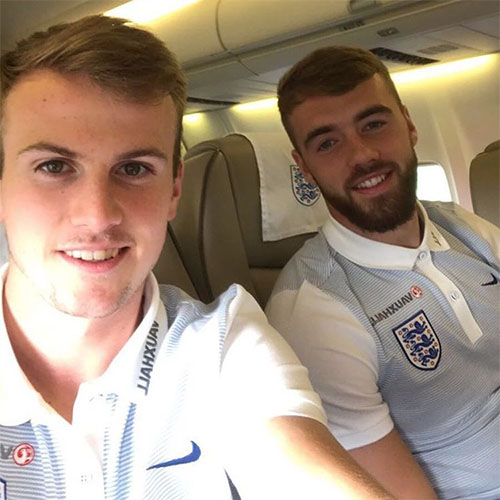 Rob Holding was in good form as the Arsenal defender was reunited with Calum Chambers for England Under-21’s trip to Kazakhstan.

The 21-year-old enjoyed a whirlwind start to the Premier League season after Holding moved to Arsenal in a £5m deal from Championship side Bolton Wanderers in the summer transfer window.

Holding started alongside Chambers for Arsenal’s 4-3 loss to Liverpool at the Emirates Stadium in their opening Premier League game of the 2016-17 season.

While Chambers was dropped for the north London side’s subsequent Premier League games, Holding remained in Arsene Wenger’s side until the £35m arrival of Germany international Shkodran Mustafi from La Liga side Valencia in late August.

The former Bolton man has found his first-team opportunities limited since Mustafi’s arrival, while Chambers was sent out on a season-long loan to Premier League rivals Middlesbrough.

And Arsenal’s English summer signing was pleased to get the chance to catch up Chambers during the international break.

Chambers posted the above selfie and wrote on his Instagram page:

Arsenal return to Premier League action with a home clash against Swansea on Saturday 15 October.