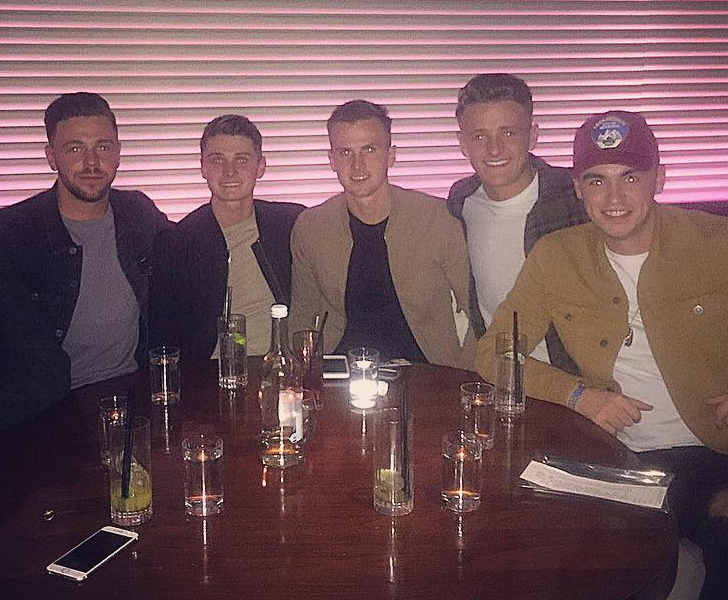 Rob Holding headed out to dinner with some friends after Arsenal’s 3-2 win over Swansea City in the Premier League on Saturday.

The centre-half is currently getting used to life down in London after arriving at the club from Bolton Wanderers in the summer transfer window.

The young defender was thrown straight in at the deep end as injuries forced Arsene Wenger to play him in the 4-3 loss to Liverpool on the opening weekend of the season.

However, the youngster seems to be settling in well to life at The Emirates following his move to the north London club.

Holding posted the picture above of himself out to dinner with friends at STK restaurant in London on Sunday night on his personal Instagram account.

Arsenal are currently preparing for their Champions League clash with Ludogorets at The Emirates on Wednesday night.